Sources in the Kolkata Police said that the sketch will be printed on the invitation cards, leaflets and all campaign materials published by the force during the upcoming Durga Puja.

Kolkata: A black and white sketch of goddess Durga will now find place in all the invitation cards, leaflets and campaign booklets of Kolkata Police. The sketch has been sent to Kolkata Police via e-mail from the state secretariat, Nabanna. Sources in the Kolkata Police said that the sketch will be printed on the invitation cards, leaflets and all campaign materials published by the force during the upcoming Durga Puja.Also Read - Durga Puja 2021: Mamata Banerjee Sounds Puja Bugle In Bengal, Urges Organisers To Follow Covid Protocols

A digital copy of the sketch accessed by IANS shows that it is not a traditional image of Durga with 10 hands, killing Mahishasura, flanked by Lakshmi, Saraswati, Ganesh and Katrick.

The sketch by the Chief Minister shows the goddess standing on grass with ‘shiuli’ flowers (a white flower that blooms during Durga Puja in West Bengal) strewn all over. The sketch of a peacock-like bird is seen in front of Durga. The single-frame image is painted on a ‘kulo’ (a traditional winnowing fan made of bamboo slips for separating dusts etc. from grains). A banana leaf is also seen just below the face of the image. 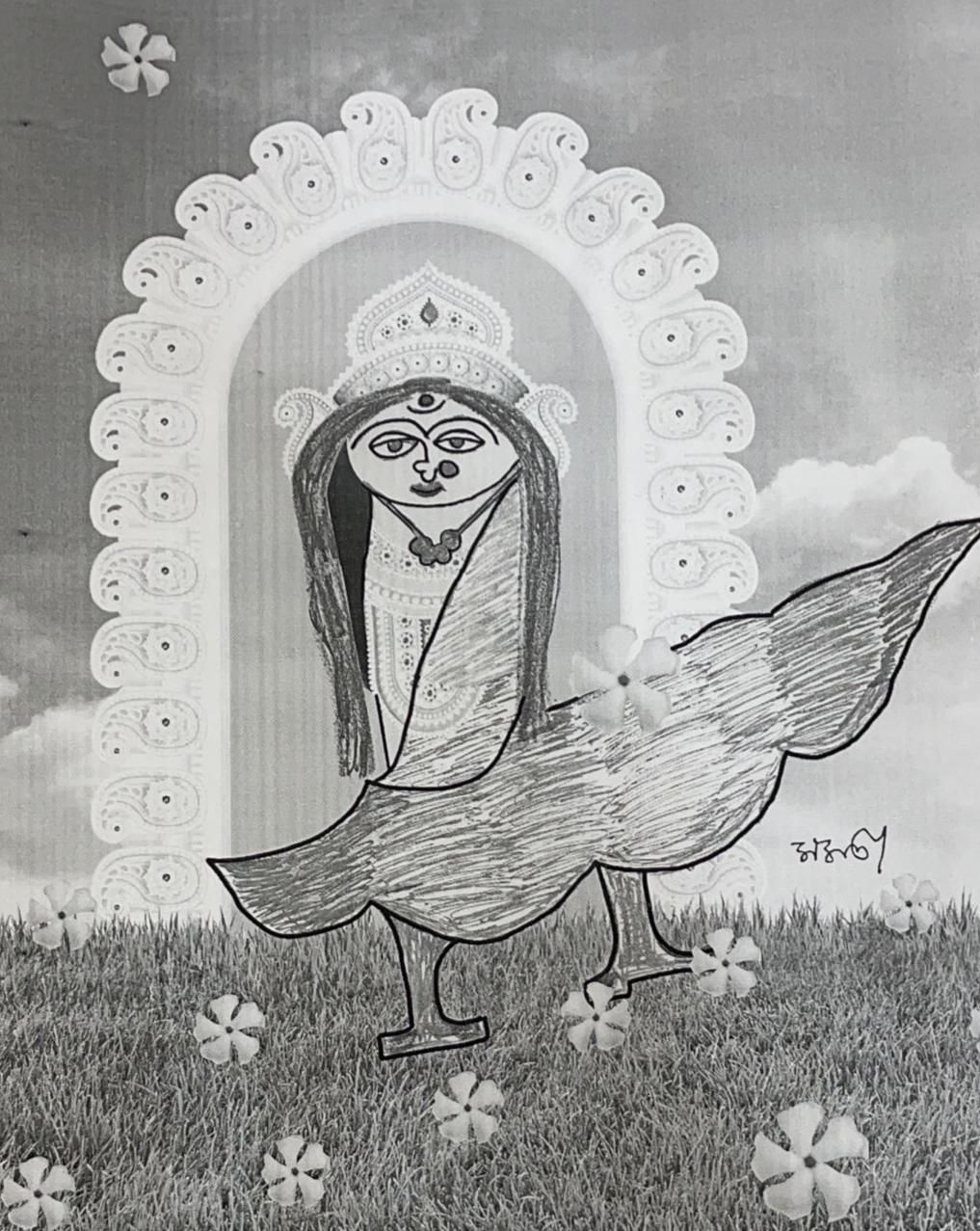 Though officially the Kolkata Police didn’t divulge any details, but this was mentioned by Banerjee during a programme organised in Panagarh on September 1.

While having a sketch by the Chief Minister on the invitation cards of Kolkata Police is a new approach, Banerjee’s association with Durga Puja has been very deep.

She not only inaugurates numerous Puja pandals, but also promotes the festival across the state.

Though the Covid-19 pandemic has been affecting the celebrations since last year, the state government’s initiatives to promote Durga Puja as festival tourism has attracted tourists from all over the country and abroad.

During past years, the Chief Minister has painted the eyes of Durga in South Kolkata Puja, sketched the image in a pandal and created festival logos and paintings that have been used by the state government in different souvenirs, invitation cards, posters, banners and also in different state government projects.

“We make invitation cards every year but the painting of the chief minister on it will add a different flavour to it,” a senior officer of Kolkata police said.