The Manipur government has felicitated boxer M.C. Mary Kom and other six medal winners,and participants of the Incheon Asian Games, at a grand reception here. 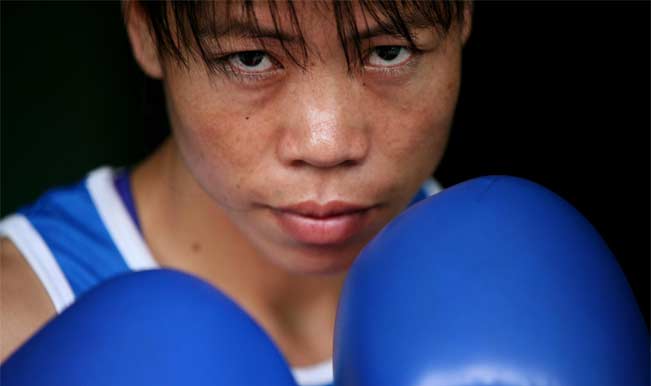 The other participants received Rs.2 lakh each. Governor K.K. Paul and Chief Minister Okram Ibobi Singh distributed the cash awards to the sportspersons. Besides Mary Kom (boxing), Kh. Kothajit and K. Chinglensana were the gold medallists who were honoured. They were in the Indian men’s hockey team, which got the gold medal by defeating Pakistan 4-2 through penalty shootout in the Games final. Also Read - Jawaharlal Nehru Stadium in New Delhi to be Redeveloped at a Cost of 7,850 Crore

Okram Ibobi Singh, who also holds the sports portfolio, termed the players as “jewels of Manipur” and said his government was keen to give more cash incentives to the medal winners but the financial condition of the state did not permit him to be more liberal. Referring to the incident where Sarita Devi lost her semi-final bout to a South Korean opponent, Singh said: “The people of Manipur extended full support to her. I appreciate the maturity and sportsmanship shown by Sarita.”

Sarita had protested the judge’s decision to name the Korean as winner and accused the judges of bias. However, later she regretted this act. Sarita had refused to accept her bronze medal during the Games’ presentation ceremony after controversially losing her semi-final bout to Korean Ji-na Park. Disconsolate on the podium, Sarita hung the bronze around Park’s neck before walking away as a mark of protest.

After Mary Kom won a bronze in the London Olympics in August 2012, the Manipur government gave her a cash reward of Rs.75 lakh and promoted her to the post of superintendent of police (sports). The state government also allotted her two acres of land at Meitei Langol, near Imphal city, where she currently resides with her family.