Mercedes and Maybach are both known for the luxurious and motoring marvels they create. The partnership has created jewels when it comes to the absolute last word in comfort while driving. The lat 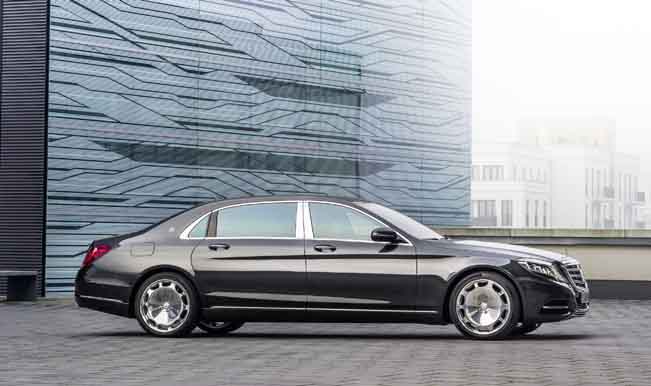 Mercedes and Maybach are both known for the luxurious and motoring marvels they create. The partnership has created jewels when it comes to the absolute last word in comfort while driving. The latest to come out of the Mercedes-Maybach partnership is the S600 super luxurious sedan which is even longer than the Mercedes S Class Saloon long wheelbase variant. The comfort is best at the back in a Maybach with the rear passengers enjoying larger executive seats on both sides with the option to raise the headroom. Also Read - Dubai Crown Prince Stops Using His Mercedes After Birds Build Nest on it As He Didn't Want to Disturb Them | Watch

The Mercedes-Maybach S600 promises to be the world’s quietest production saloon. If you have seen the Albania challenge in Top Gear UK where the three hosts try to determine the best luxury sedan for a mob boss then you might recollect Richard Hammond also mentioning that with such huge numbers when it comes to engine power and torque, you usually associate a lot of noise but the the Mercedes S Class hat he was driving was very civilized. If the Mercedes S Class was silent then the Mercedes-Maybach S600 is even quieter and when Top Gear and the rest of the automotive test giants get their hands on the S600, that claim will be put o the test. Also Read - F1: Lewis Hamilton Eases to Victory, Sebastian Vettel And Charles Leclerc Collide in Styrian GP

Set to be launched for customers in February 2015, the Mercedes-Maybach S600 is expected to priced in the $200,000 or Rs. 1.24 crore. The top variant available to customers will feature a 5,980 cc V12 bi-turbo engine that puts 530 BHP on the tarmac with torque figures going as high as 830 Nm. The Mercedes-Maybach S600 is capable of going from 0-62 mph or 0-100 kmph in 5 seconds with the top speed limited electronically to 155 miles per hour or 249.44 kilometres per hour. The engine comes mated to a 7G-TRONIC Plus gearbox. The Mercedes-Maybach S500 comes with a 4,663 cc V8 bi-turbo engine with the big breakthrough that is the nine speed gearbox called 9G-TRONIC Plus transmission which is the world’s first nine speed gearbox.