Krutika Desai Khan, popularly known as Ammaji from Star Plus serial Mere Angne Mein is a glamorous 49-year-old lady. No need to look so confused. Yes, the traditional oldie grandmother Ammaji avatar is her on-screen avatar and not her real self. If you still do not believe us, take a look at a picture of Krutika Desai wearing a sexy blue bikini with its cover up. This photo of Ammaji turned hot babe perfectly sums up the expression – blast from the past. Krutika who has mostly portrayed roles of mothers, grandmothers or mother-in-laws is giving a tough competition to younger Indian television actresses with her bold and sexy avatar. Meanwhile, Mere Angne Mein might be another serial along with Jaana Na Dil Se Door, Pardes Mein Hai Mera Dil and Koi Laut Ke Aaya Hai to go off air very soon.Also Read - Mere Angne Mein Twitter Reactions: Asim Riaz–Jacqueline Fernandez Are The Hottest New Jodi in Town, Fans Drool Over Song

In Mere Angne Mein, Krutika is giving bahus nightmares as a strict, rule-abiding conservative family head of the Shrivastavs. Her orthodox character of keeping the women of the household in control has garnered a good fan following among the masses. And it came as a pleasant surprise to all of us seeing ‘Ammaji’ actor’s hatke personality, which is quite the opposite. The picture of fun loving Krutika donning a blue bikini with a cover up is from the year 2015. The actress is all smiling for the camera wearing sunnies and wind flowing in her hair. We cannot help admiring the lovely change shown by the seasoned actress from reel to real. Also Read - Mere Angne Mein: Jacqueline Fernandez, Asim Riaz's Recreational Holi Song Fails to Beat Old One's Charm 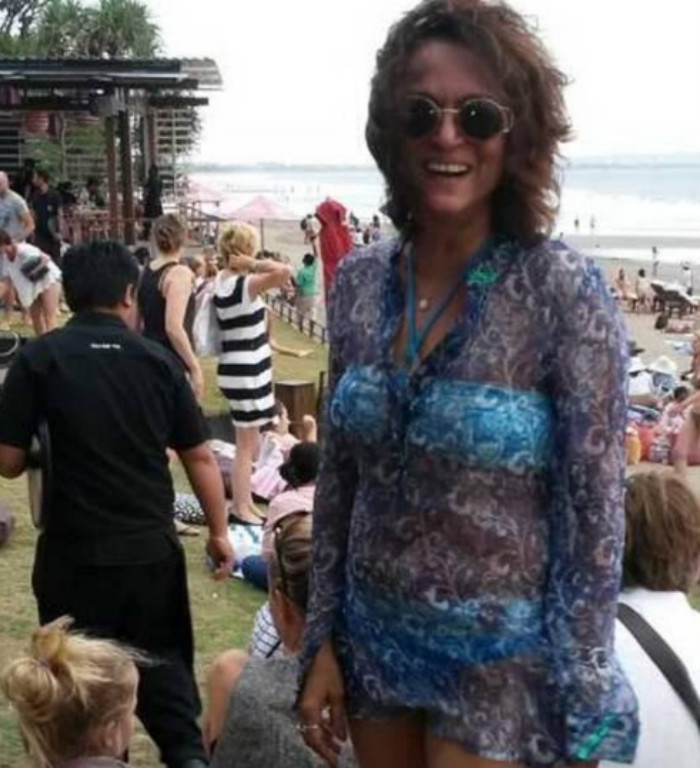 Coming to news of Mere Angne Mein rumoured to be going off the air, it is in the news for wrapping up by July showcasing its final episode. According to reports, the daily drama series would be getting replaced by Chakravyuh with Sangeeta Ghosh and Narayani Shastri in the lead. But Ammaji aka Krutika has refuted all the rumours and was quoted saying, “Not at all. Who is saying that my show is going off the air? At least we have not been informed about it. And it is not possible because our contracts were renewed recently. So, it is not even a remote possibility that the show is going off the air.” Well, don’t take Mere Angne Mein off the channel for the sake of Ammaji fans.