United States, July 13: The Miss USA 2015 crown is bagged by Olivia Jordan, Miss Oklahoma on Sunday, July 12. The contest was held at Baton Rouge. The 64th annual pageant contest was delayed due to controversy when Miss Universe Organization co-owner Donald Trump made a range of controversial comments about Mexicans. Also Read - US House of Representatives Passes Landmark Bill Legalising Marijuana in Federal Level 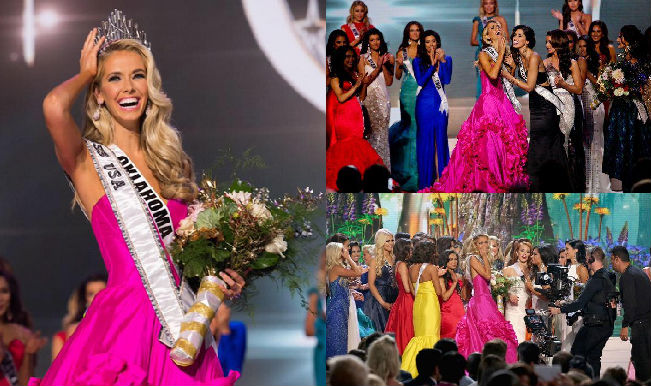 Due to the controversy, Univision and NBC dropped out from airing the pageant. Many hosts and judges for the show backed out too. The contest was finally aired when Reelz is an American digital cable and satellite television network stepped in and decided to broadcast the traditional American show. According to AP reports, the Miss USA 2015 contest was judged by old Miss USA and Miss Universe contestants. (ALSO READ: Miss USA 2014: Watch Miss Nevada USA Nia Sanchez winning the Miss USA crown!) Also Read - Trump Skips G20 Summit on Pandemic Preparedness, Later Spotted at His Golf Course: Report

The 26 year old Olivia Jordan will reign as the titleholder for 1 year. She will be working for several charitable causes and would be living in a penthouse apartment in New York. Here is a video shared by Miss USA on YouTube for you to know little more about the Miss USA 2015 winner Olivia Jordan. (Image Credits – Twitter)