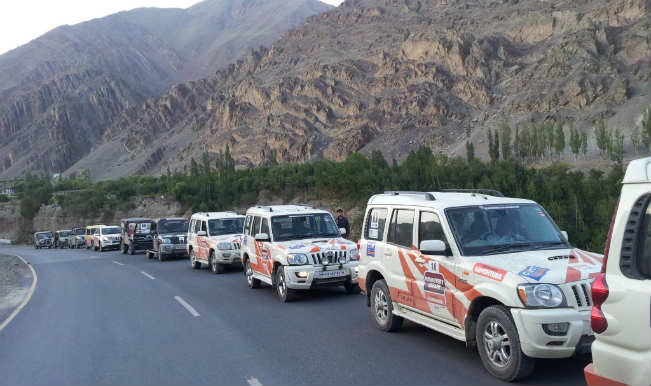 What if you were offered the chance to see the snow-capped mountains of the Himalayas, the cold desert of the Nubra Valley, cross some of the highest mountain passes in the world, visit quaint monasteries in remote valleys and get a crash course on Tibetan Buddhism from the lamas, ride in tandem with the sparkling waters of the Indus, plus a chance to try your hand at mountain driving. Unbelievable? Too good to be true? Also Read - Meet Manu Bebo, a Kashmiri Transgender Makeup Artiste Who's Bending The Rules of Conservative Society Like a Boss

Billed as ‘the drive of a life time’, the Monastery Escape organized by Mahindra Adventure in association with CEAT tyres, promises to raise the benchmark for fun-filled adventure holidays. Also Read - Sports Minister Kiren Rijiju Inaugurates Rowing Centre in Srinagar

The 10-days of the expedition would test the physical endurance and mental strength of the participants. Participants will have to battle harsh climates and deal with high altitude sickness while ensuring that their vehicles remain on course as the route is treacherous.

The route covers some of the highest motorable roads in the whole world and the drive through plains above 10,000 ft. The idea is to offer the Himalayan driving experience to normal individuals by providing adequate backup.