Move over Yulin dog meat festival. Nepal has a festival to thank dogs for being loyal friends

During the five-day Hindu festival Tihar, the second day is dedicated to dogs, and it is called Kukur Tihar 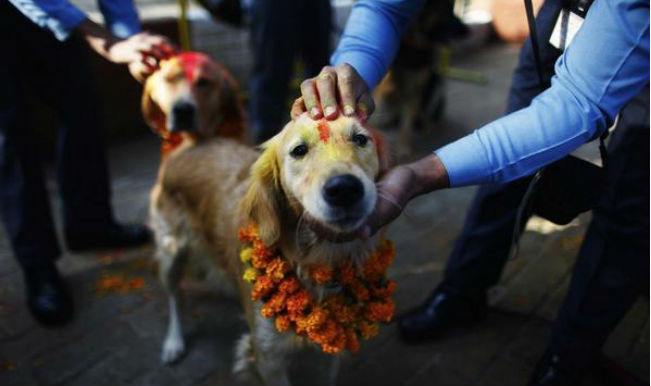 If Yulin dog meat festival discomforted you, here is something that will fill your heart with joy. In Nepal, there is a festival that celebrates the cherished relationship between humans and their loyal friend- dog. During the five-day Hindu festival Tihar, the second day is dedicated to dogs, and it is called Kukur Tihar or Kukur Puja which means worship of the dogs. It is believed that dogs are messengers of Lord Yamaraj, the God of Death and thus worshipped. Also Read- China’s Yulin Dog Meat Eating Festival and these 4 Animal Cruelty Rituals will leave you in tears!Also Read - Viral Video: This Super Cute Clip of Dogs Playing Catch With Balloon Will Make Your Day Brighter | Watch

Unlike the inhumane treatment meant towards dogs during the Yulin festival in China, the dogs are venerated, and people offer garlands and delicious food to the most faithful animal known to humans. It is made sure that almost every dog, including the stray ones, is fed on this day. Also Read - Now, UP Residents Must Get a License for Their Pet Dog or Pay Up to ₹ 5000 Fine

During the Tihar festival, birds and other animals are also venerated. On the first day of the festival, Crows are worshipped and it is called Kaag. The morning of third day of the festival is reserved for Cows and is known as Gai Tihar. Here are the series of pictures uploaded by a user on imgur that show how dogs are reverenced during the festival. Also Read - Viral Video: Homeless Man Celebrates Pet Dog's Birthday, Heartwarming Video Moves The Internet | Watch

Seems the dog have had lip-smacking food. 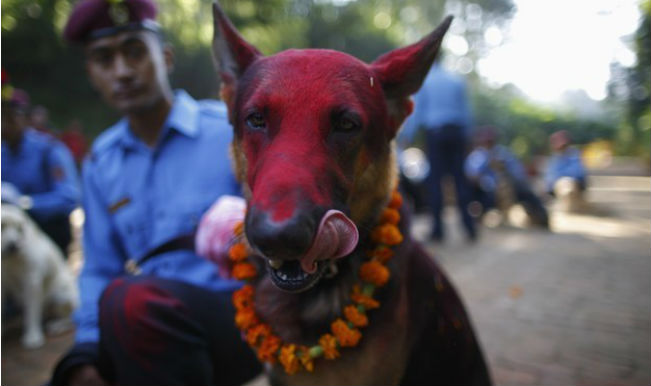 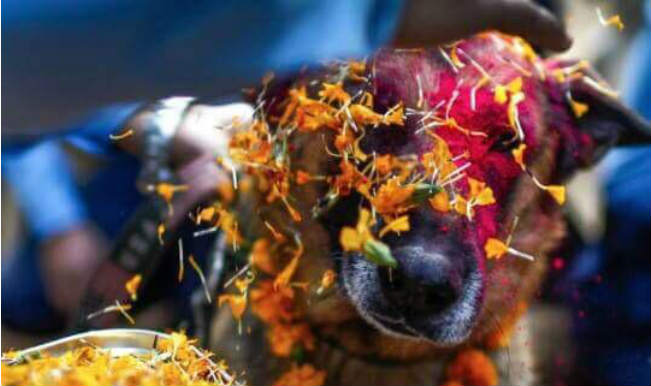 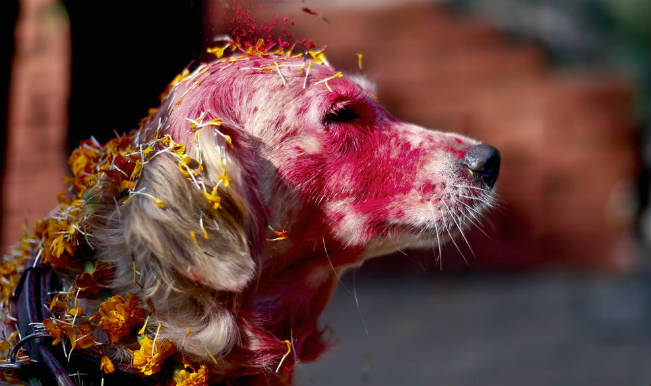 Festooned with garland of flowers. 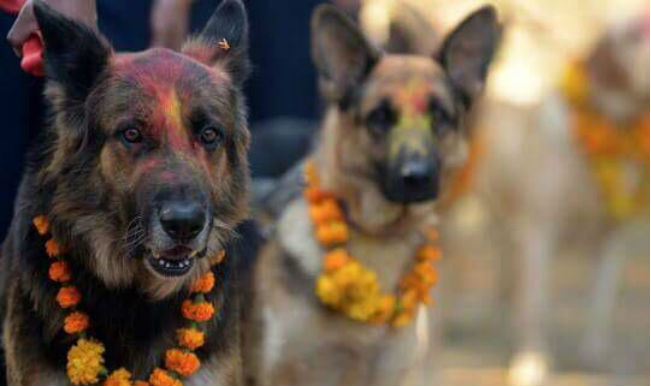 And this dog likes the way flowers are being showered! 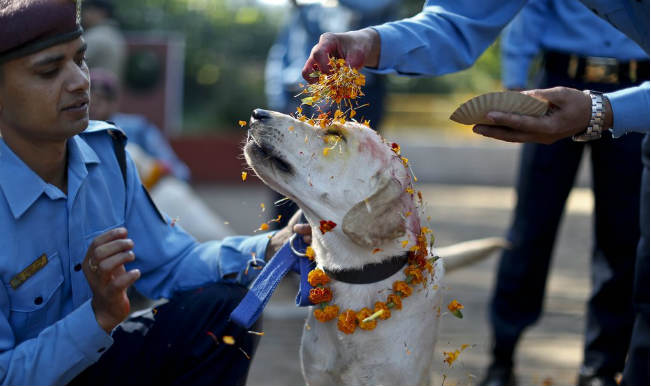