What does every Indian want after death? No, it is not heaven but moksha. Moksha is the Hindu concept of liberation from the trials and tribulations of life. It is when you give up all materialistic pleasures and become one with your self or the Atman. Though moksha or true liberation can be attained even while living, it is belived that attaining moksha on your death-bed frees you from the cycle of life-and-death and your soul is free ever-after.Also Read - Shubhashish Bhutiani reveals why Mukti Bhavan's special mention at the National Film Awards 2017 today is so special!

Many Indians go to different extremes for their Moksha. A dip in the Ganges to wash off your sins is the most popular concept but holy cities in India like Varanasi are filled with devouts asking priests to liberate them. And this one house or hostel: aptly named Mukti Bhavan – gives people just that. Liberation from their life and a promise of Moksha.

Though it sounds absurd, Mukti Bhavan sees thousands of visitors every year. While there are more visitors in winters when more people die, the number of visitors decreases in summers. The quaint little house is popular for helping the ravaged and lost should attain their final liberation. The priests at the residence help perform rituals and rites that help the dying depart from the Earth in peace.

But before you kisconstrue things- wait. The house is not a place where people go to commit suicide. Or it is not even a place of mercy killing. Only people right on their death-bed are allowed. They could be ailing due to a disease or they “feel they will die”, they can stay at the house. Hale and hearty people are not allowed to stay at Mukti Bhavan. People who are on their death-bed can check-in to Mukti Bhavan and stay there for 2 weeks. However, if the person does not die within 2 weeks, he/she has to leave Mukti Bhavan and give his/her room to someone else.

Mukti Bhavan has 12 rooms with a small temple and priest and all facilities for the guests. There are a lot of old people who visit the hostel and stay here. The hostel manager Bhairav Nath Shukla has been in-charge and praying for the salvation of these dying souls for the past 44 years. He lives with his family in the same compound and his family members are used to people dying in their hostel.

While it is mostly those who have no frieds or family who come here to die, Mukti Bhavan has seen it’s share of deaths. The concept is very similar to the olden days Kashi concept where Indians, after living the Grihastashrama and Vanaprasha would go to Kashi. When people said they are going to Kashi, it was assumed they would not return as they would spend the remainder of their lives there and die there in hopes of moksha.

Take a look at some of the pictures from inside Mukti Bhavan of people waiting to attain their liberation: 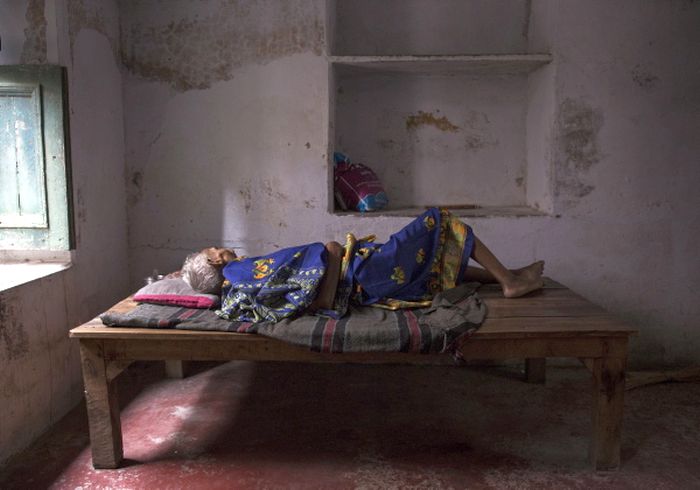 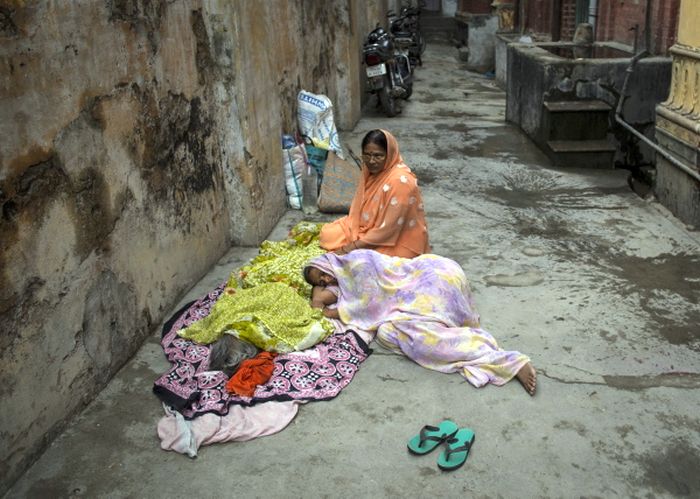 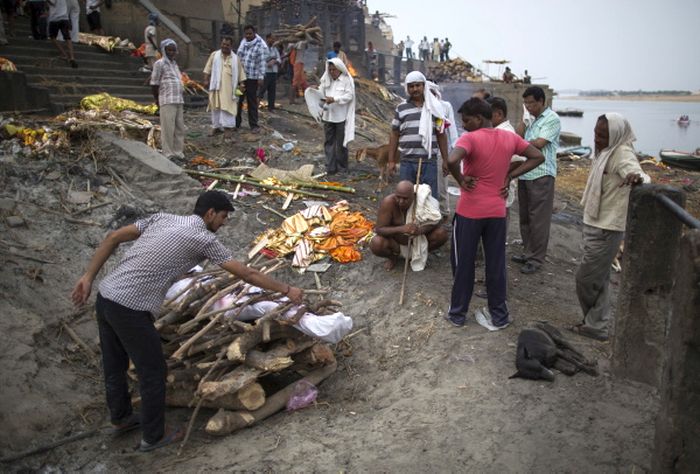 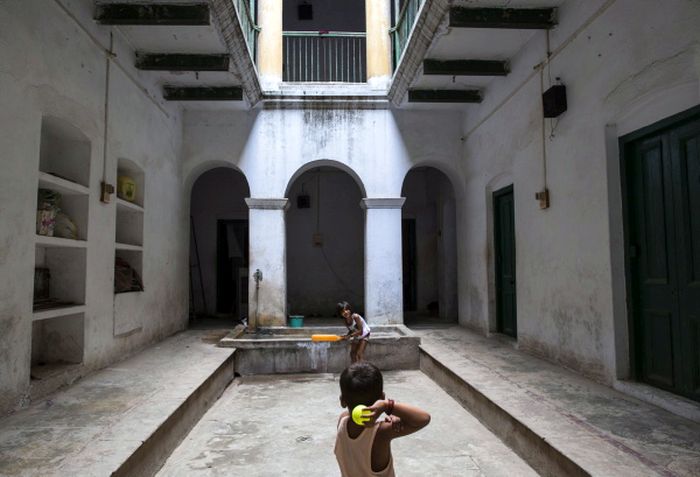 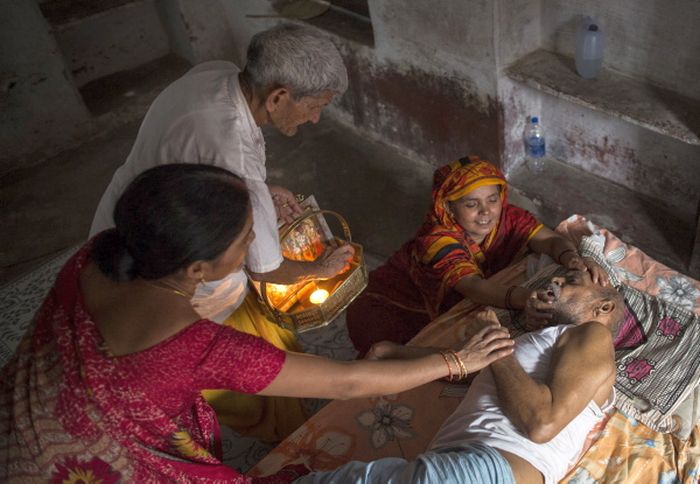 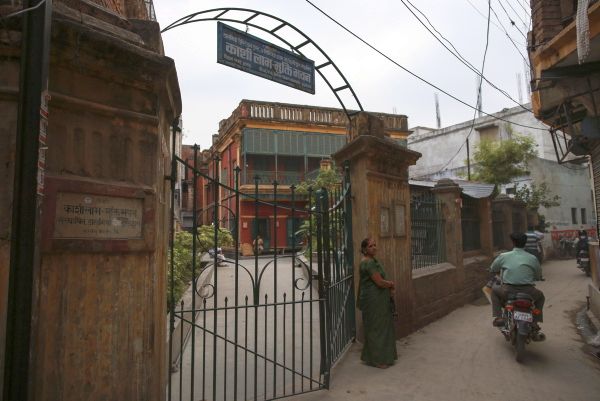 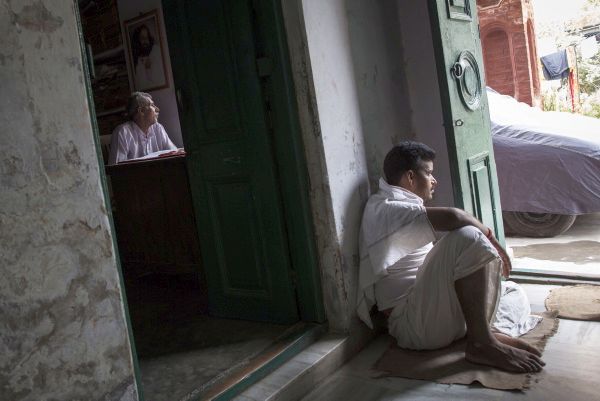 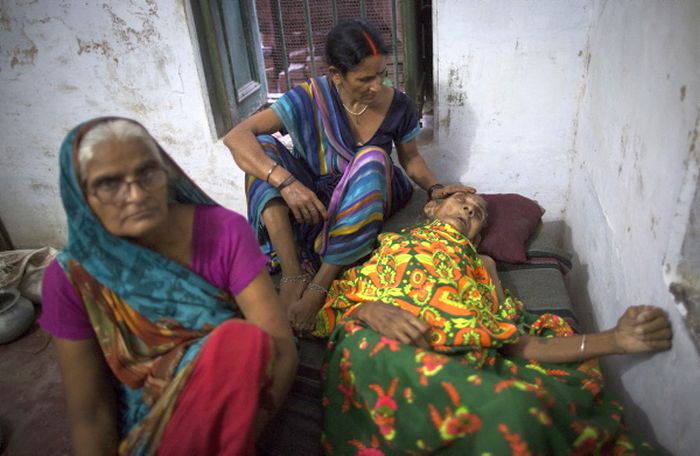 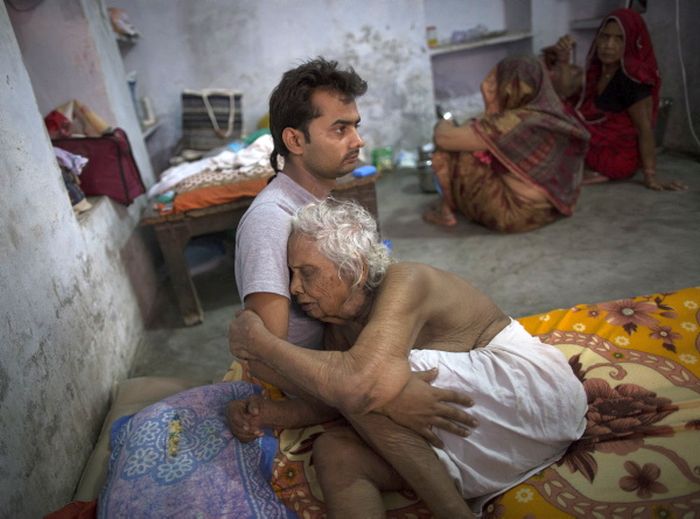 Here is a video which highlights the lives of those waiting to attain salvation at Mukti Bhavan.