We share a video of the Empire State Building projections for you, captured in time lapse format, as there were more than 160 species of endangered animals on display. 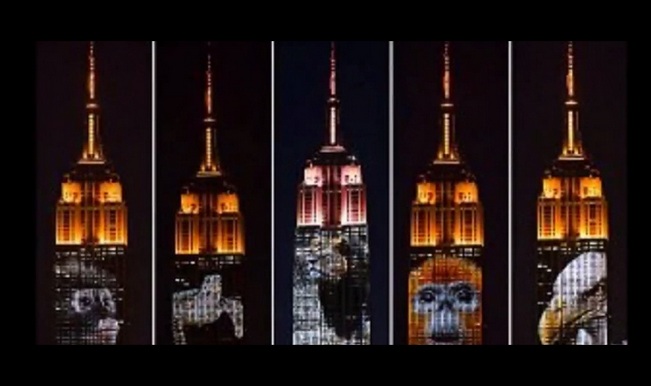 The Empire State Building in New York was specially lit up on Saturday, August 1, 2015, but it was more special than other times. What was that made the lighting projected on the famous building so memorable? Well, the skyscraper was made into a projection screen and images of endangered species on Earth were projected upon it. Also Read - Trending News Today March 11, 2020: Oh, The Irony! Coronavirus Conference In New York Cancelled Due to Coronavirus

So, we had birds and fish, the tiger, the snow leopard, the manta ray, and also Cecil the Lion who was recently killed by Dr Walter Palmer in a hunting expedition in Zimbabwe. The Empire State Building looked beautiful with the first-of-its-kind display. Also Read - Harvey Weinstein Found Guilty of First Degree Criminal Sex Act-Third Degree Rape by New York Jury

We share a video of the Empire State Building projections for you, captured in time lapse format, as there were more than 160 species of endangered animals on display. Reports say the photos were projected over 33 floors of the Empire State Building for three hours. As many as 40 projectors were used in the experiment that was part of a promotion for Racing Extinction, a documentary on Discovery Channel that will air in December 2015. Watch the video here! (Photo and video courtesy of YouTube.)