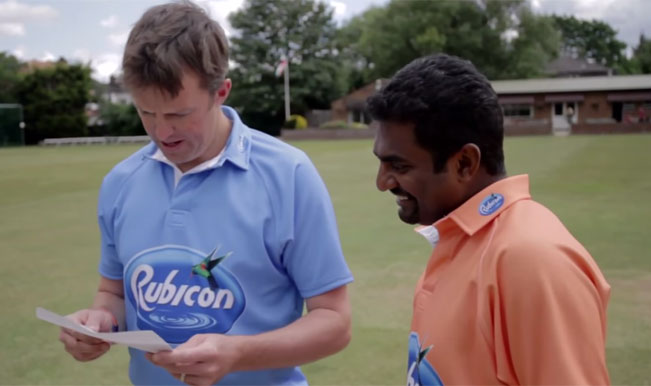 Sri Lanka’s star spinner Muttiah Muralitharan and his England counterpart Graeme Swann have made a name for themselves with their unambiguous off-spin ability. The former has set numerous records in Test and One-Day International format of Cricket before retiring from every format of the sport in 2011 while Chin (Swann’s nickname) called it quits in December 2013. At the Finchley Cricket Club in London, the pair’s skills were put to test by a UK based soft drink manufacturer Rubicon. Also Read - IND vs ENG: Graeme Swann Asks England to Get Over Ashes Obsession And Focus on 'Unbeatable India'

The challenge was to topple a 50 pence coin perched on top of a glass with the ball. But here’s the deal, the glass will be perched on top of the stump, with the coin balanced finely on its edge. Additionally, the glass must not be knocked over from the top of the stumps. Murali’s attempts were considerably wider with Swann suggesting that he might be getting old. Also Read - After Failing 157 Times, Man Finally Passes His Learner's Test for Driving 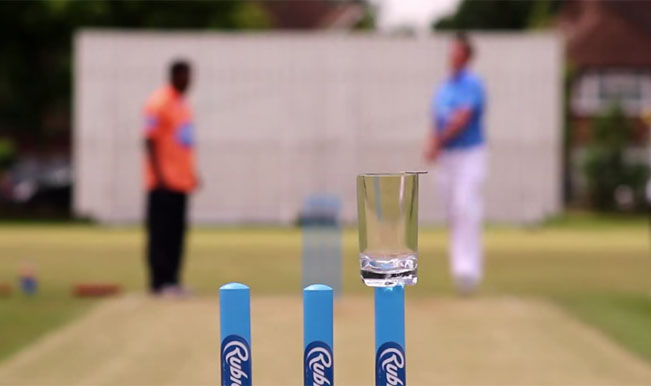 However, the 36-year-old’s attempts too were off target but closer than that off the off-spinner, who holds the record for taking the most Test wickets (800). Swann manages to drop the coin inside the glass once but entire setup topples down. But there is one winner who emerges on top in the battle of spin. In the end, the words, you’re the master is repeated by the losing contestant!  Watch the video and find out who comes out on top!