Both rovers are scheduled to make observations of the comet. 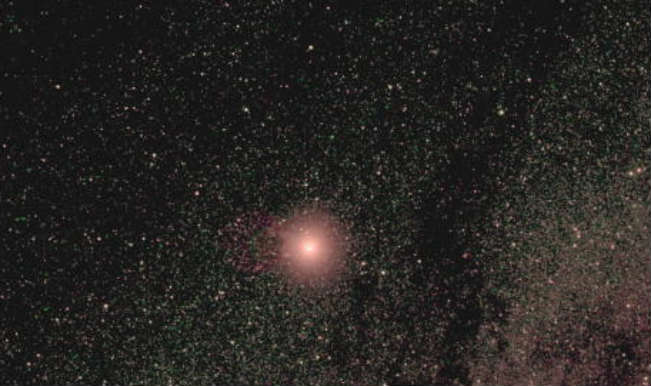 Washington, Oct 10 :  NASA’s extensive fleet of science assets, particularly those orbiting and roving Mars, are all set to to click and study a once-in-a-lifetime comet flyby Oct 19. Comet C/2013 A1, also known as comet Siding Spring, will pass within about 139,500 km of the Red Planet – less than half the distance between Earth and our moon and less than one-tenth the distance of any known comet flyby of Earth, NASA reported. Also Read - NASA to Launch First 'Lucy' Mission to Distant Asteroids on Oct 16 | Details Inside

Siding Spring’s nucleus will come closest to Mars Sunday at a speed of 56 km per second. This proximity will provide an unprecedented opportunity for researchers to gather data on both the comet and its effect on the Martian atmosphere. “This is a cosmic science gift that could potentially keep on giving, and the agency’s diverse science missions will be in full receive mode,” said John Grunsfeld, astronaut and associate administrator for NASA’s Science Mission Directorate in Washington, DC. Also Read - Video: NASA Shares Mesmerizing Video of Saturn and its Moon Parade Captured by Hubble Telescope. WATCH

This particular comet has never before entered the inner solar system, so it will provide a fresh source of clues to our solar system’s earliest days, he added. Siding Spring came from the Oort Cloud, a spherical region of space surrounding our sun and occupying space at a distance between 5,000 and 100,000 astronomical units.

It is a giant swarm of icy objects believed to be material left over from the formation of the solar system. Siding Spring will be the first comet from the Oort Cloud to be studied up close by spacecraft, giving scientists an invaluable opportunity to learn more about the materials, including water and carbon compounds, that existed during the formation of the solar system 4.6 billion years ago.

BASA has maneuvered its Mars Odyssey orbiter, Mars Reconnaissance Orbiter (MRO) and the newest member of the Mars fleet – Mars Atmosphere and Volatile EvolutioN (MAVEN) – in order to reduce the risk of impact with high-velocity dust particles coming off the comet. The atmosphere of Mars, though much thinner that Earth’s, will shield NASA Mars rovers Opportunity and Curiosity from comet dust, if any reaches the planet.

Both rovers are scheduled to make observations of the comet.