Out of 3000 entries, these kids are among the 12 winners of the NASA' 2018 Commerical Crew Program Calendar Art Contest

Two school kids- Kaviya BJ and K Selva Sreejith from Dindigul district, Tamil Nadu have made Indians proud as their artworks adorn the pages NASA’s 2018 Calender. Out of 3000 entries from over 193 countries, these two kids are among the 12 winners of the NASA’ 2018 Commerical Crew Program Calendar Art Contest. Both kids are eleven years old and are from Shree Vidha Mandhir Pushpathur school in Palani.  The competition which was started in the year 2016, was open to the children between the age group of four to twelve and NASA selected winners from different countries including Italy, France and Germany among others. John Young, NASA’s Only Astronaut to Have Flown Into Space Six Times, Dies at 87 Also Read - NASA's Curiosity Rover Snaps Shining Clouds on Mars | See Viral Photos

The participants were asked to create their drawings as per topics. Shreejith opted for “What would you take from home?”  and drew an astronaut getting ready with essentials for the space journey. Kaviya opted for ‘Space food’ and for the same, she drew an organic farm in space cultivated by an astronaut. With every artwork, kids gave out a description of the topic as well. All the kids who are featured will also get goodies from NASA and a copy of the calendar.Apart from this duo, nine-year-old Uttaran’s rocket themed drawing also got featured on the calendar. Uttaran is from Kolkata. Saturn’s Moon Titan Has Earth-like Features, NASA’s Cassini Spacecraft Finds Also Read - NASA Denounces China Over 'Irresponsible Standards' After its Rocket Disintegrates Over Indian Ocean 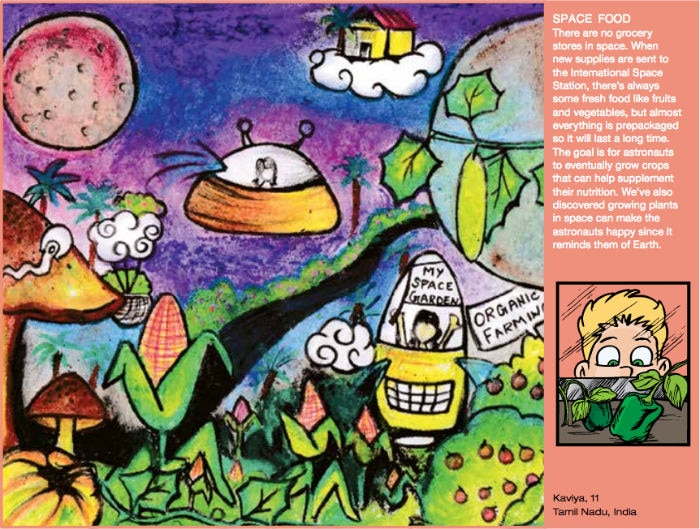 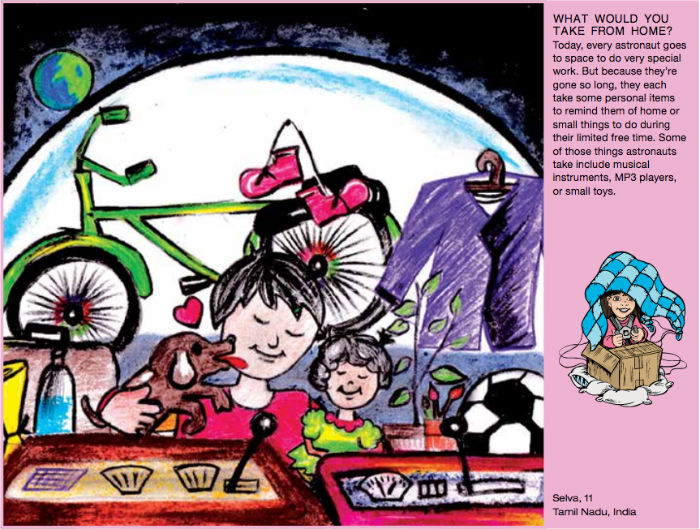 “Everyone who submitted art for the calendar was between 4 and 12 years old. That means they have never known a world that didn’t have someone living in space. And they are the right age to one day become astronauts who walk on Mars. So keep studying and keep being creative!,” an astronaut was seen saying in a video on NASA’s page. Click here to check out the full calendar. What are your views on the same? Let us know in the comments below.