Here we bring to you nine different avatars of Goddess Durga.

Navrati word in itself holds a special significance which refers to nine nights and nine different forms of Goddess Durga. Each and every Goddess hold importance and is worshipped with religious fervour. There is a myth which says that performing special pujas lifts divine spirist and God grants one with happiness for the rest of his/her life. The tenth day is celebrated as Vijayadashami , wherein devotees immerse idols of Goddess Durga into the water. (Read: Navratri 2015 Colours: Know the 9 different dress colours to wear on each day during this Navratri!)Also Read - 1,300-Year-Old Sculpture of Goddess Durga Recovered From Jammu & Kashmir's Khag

Navrati – one of the most popular festivals celebrated all around the globe. Devotees worship Goddess Durga and chant various mantras. The occasion starts with Ghatasthapana wherein devotees place picture of Goddess in to the kalash (pot). Here we bring to you nine different avatars of Goddess Durga. (Read: Navratri 2015 in Hindi: Best Navratri SMS, Shayari, WhatsApp Messages to wish Happy Navratri greetings!) Also Read - Patna's Priest Keeps 21 Urns on His Chest to Observe 9-day Navratri Festival 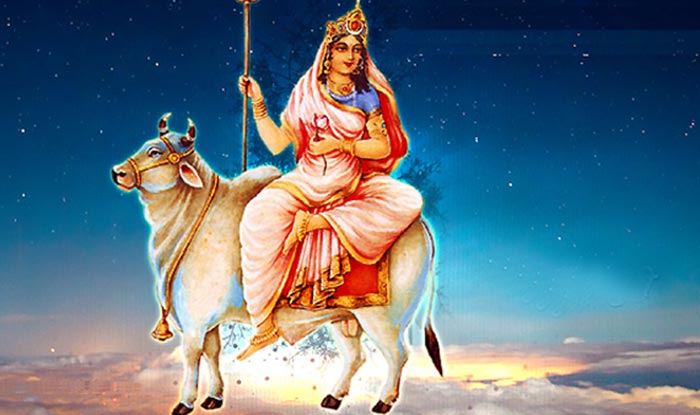 ‘Shailaputri’ means the daughter of mountains also known as Sati Bhavani, Parvati or Hemavati.  ‘Shail’ means mountains and ‘Putri’ means daughter. She is the first among Navadurgas and devotees worship her on the first day of Navaratri. Goddess Shailaputri symbolizes the power of Brahma, Vishnu and Shiva. She is quite recognizable as she rides a bull and carries a trident along with a lotus in her hands. According to Hindu mythology, Shailaputri is believed to be the rebirth of Sati. She was the daughter of Daksha and the wife of Lord Shiva. Shailaputri is associated with Lord Shiva. Red is the color of the day. 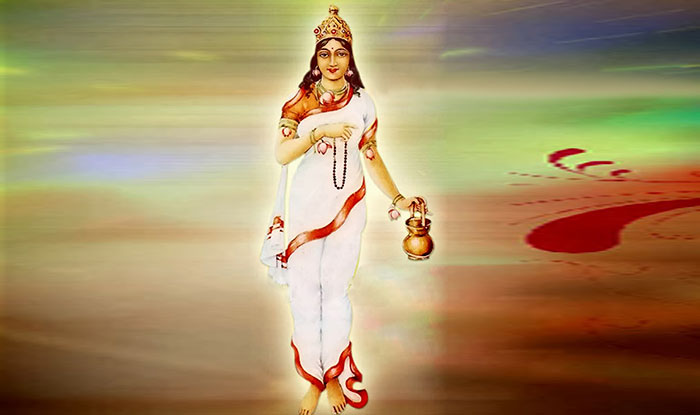 Goddess Brahmacharini is worshipped on the second day of Navratri festival. This is the second form of Durga who took various births to attain Lord Shiva as her husband. Brahmacharini also known as Tapashcharini, Aparna and Uma. She symbolizes spirituality and meditation. Goddess Brahmacharini holds a rosary in her right hand and a water utensil in her left hand. On this day, women in India observe a rigorous fast to attain peace, prosperity and happiness. 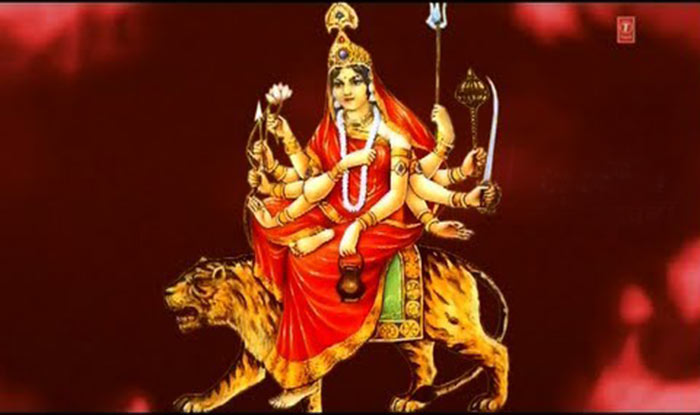 Goddess Chandraghanta is worshipped on the third day of Navratri.  She is also known as Chandrakhanda, Chandika or Ramchandi. Her name resembles crescent moon which is worn by her on the head. Chandraghanta, totally different from that of Durga, who shows her angry side when provoked. Devotees believe that this Goddess blesses them with a  lot of courage and bravery. 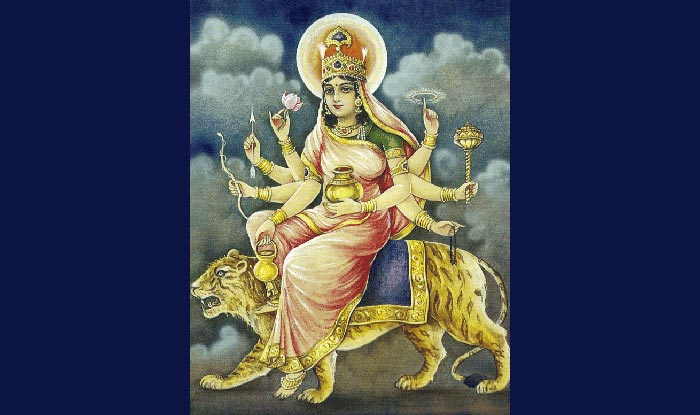 Goddess Kushmanda the fourth form of the Hindu goddess Durga worshipped on the fourth day of Navratri. Ku means little, Ushma means energy and Anda means cosmic egg. It is believed that the darkness in the universe ended with her divine smile and then there was the beautiful beginning of creation. 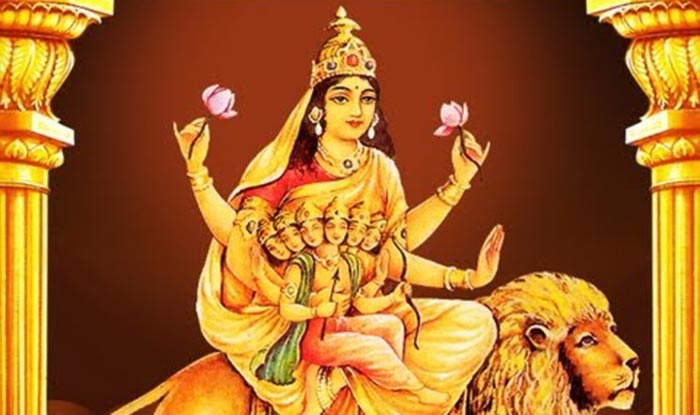 Goddess Skanda Mata, is the fifth form of Goddess Durga and Skanda means Kartikeya and Mata means mother. She grants her devotees with wisdom, power and prosperity. She is also regarded as The Goddess of Fire. 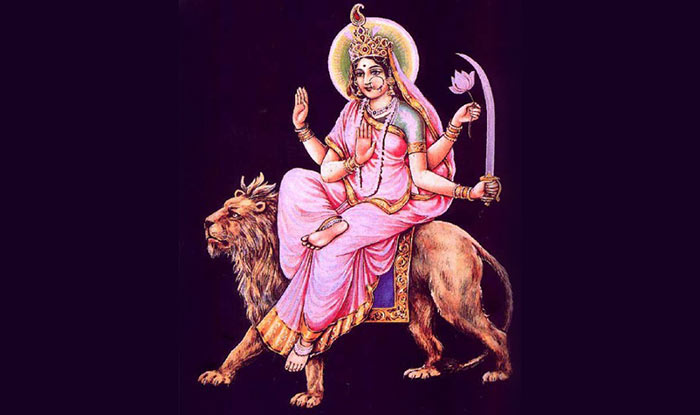 Katyayani, the sixth form of Goddess Durga  is also known as a Warrior Goddess. It is said that she eventually led to slaying the demon, Mahishasura and then mounted the lion given to her by Goddess Gauri. 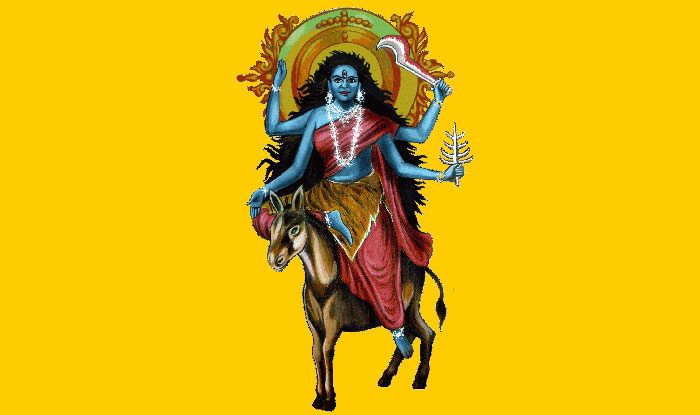 Kalaratri, the seventh form of Durga who is known for destroying ignorance and removing darkness from the universe. Kalaratri or Shubhamkari – is the violent form of Goddess Durga. It is said that she licked the blood of demon Rakta Beeja, who had the potential to create demons from his blood.This form of Goddess depicts the darker side of life. 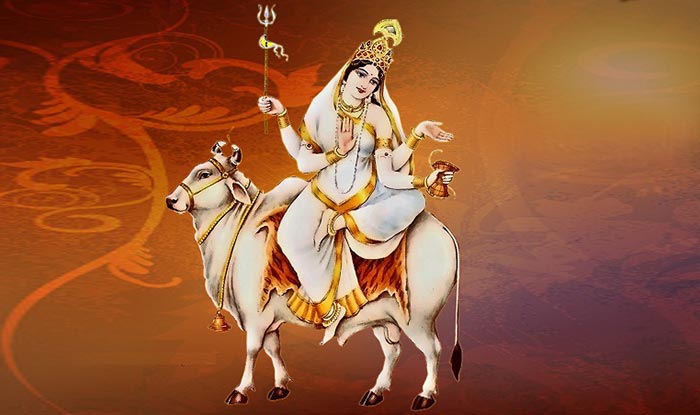 Mahagauri the eighth avatar of Goddess Durga who is known as a ray of lightning. According to myths, she performed rigid Tapas without moving her body. Due to which heavy amount of soil and dust got collected on her body and Lord Shiva cleaned her with water from Ganga river. Therefore, purity is depicted in this form of Durga. 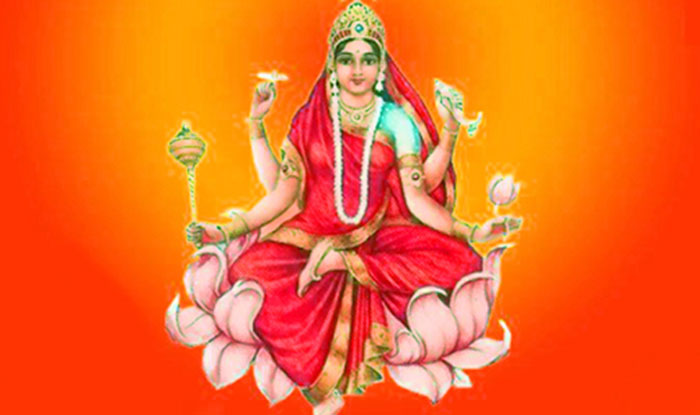 Siddhidatri, ninth avatar of Mother Goddess who provides knowledge to her devotees. The knowledge that she provides makes one realise that it is only her who exists, in short she is the supreme power of all perfect things. In this form she is seated on a lotus flower and holds variety of things in her hands including lotus, mace, conch shell and discus.