So here we are sharing a spiritual and true devotional track which is a must to hear. Happy Navratri, hope Maa Durga grants good will and prosperity to all out there! 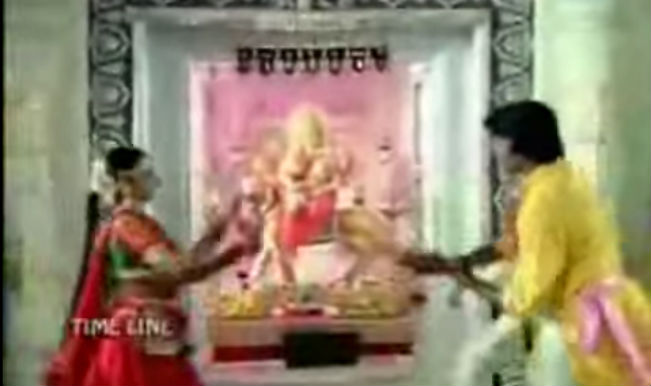 Suhaag was a typical Hindi drama released in the year 1979. This film gained a lot of success at the box office since it featured stalwarts such as  Amitabh Bachchan, Shashi Kapoor, Rekha, and Parveen Babi in the lead roles. Laxmikant Pyarelal had composed the music for this venture. ‘Sabse Bada Tera Naam’ was the biggest hit and is still on the tip of the tongue which made it much popular. This track is surely not a dance number but a devotional melody. It’s a typical traditional garba song which starred Amitabh Bachchan and Rekha who takes over the entire song. Also Read - KBC 12 Third Crorepati Anupa Das on Stupendous Win: I am Proud of What I Have Achieved on The Show

This melody is sung by Mohammed Rafi and Asha Bhosle, which not only gives it a spiritual touch, but makes it also a delight to ear. This song is especially dedicated to Maa Durga which is still popular. The song is beautifully picturised and there is no doubt about it, but the lyrics are just awesomely written by Anand Bakshi. Also Read - KBC 12: Anupa Das Becomes 3rd Crorepati of Season; Would She Attempt Rs 7 Crore Question?

Not only Amitabh but also Rekha also enacts in such a brilliant way, that one cannot take their attention anywhere else. The song is all about how bhakts or devotees plead in front of Goddess and shares their problems. And she is regarded as the ultimate power to cure all problems and grant them with good deeds. So here we are sharing a spiritual and true devotional track which is a must to hear. Happy Navratri, hope Maa Durga grants good will and prosperity to all out there!