Neha Kakkar performs with Amjad Khan for Naughty No. 1: Shake your hips to the new sexy music video

Sarah Loren presents a hot avatar in Naughty No. 1 from the first official music video of Barkhaa. 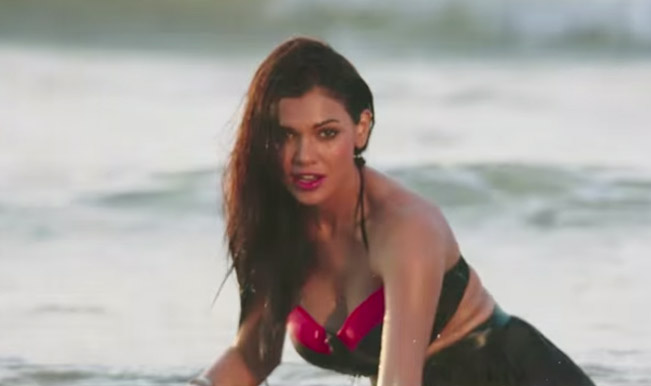 Neha Kakkar performs for Naughty No. 1 with Amjad Khan. The sexy new song which has lyrics that might seem misplaced at first but it might grow on you if you listen to it too many times. The lyrics don’t seem terribly in sync with a mainstream  but aims more at arousing the audience from their seats. But, the lyrics seemed too colloquial from Sunny Leone’s Baby Doll too at first before it became famous. [Read: Rahul Mahajan will spoof Bigg Boss in Life OK’s Comedy Classes show] Also Read - What's Happening? Now 'Shinchan' Tops Merit List in Bengal College After Sunny Leone & Neha Kakkar

The song Naughty no. 1 is from the upcoming film Barkhaa starring Sarah Loren in the music video. The song has been composed by Amjad Nadeem, sung by Neha Kakkar and Amjad Khan and the lyrics by Sameer Anjaan. Barkhaa is direced by Shadaab Mirza and slated for a release in 2015. Puneet Issar of Bigg Boss 8 fame is also a part of the film which has been shot in beautiful locations mostly in Himachal Pradesh. Here’s the first official music video of Naughty No. 1 from Barkhaa. Also Read - After Sunny Leone, Bollywood Singer Neha Kakkar Tops Merit List of College in West Bengal