Singer Neha Kakkar‘s brother Tony Kakkar has released a new song titled ‘Kuch Kuch Hota Hai‘. While the video is entirely about Tony and his love interest, it features Neha in a special appearance. The video has Neha dressed up as a school girl who gets impressed with another school boy, played by Priyank Sharma. Also Read - TRP Report: Anupama Beats Yeh Rishta Kya Kehlata Hai to Top Week 1, Naagin 5-Taarak Mehta Slip From Top Five

Kuch Kuch Hota Hai is just like any other independent single made to woo the youth with peppy beats and cute faces. The song has some quirky lyrics with lines like ‘Jaise Karan Johar ki film me romantic scene hota hai… kuch kuch hota hai…‘ Check out the video here: Also Read - Indian Idol 12: Himesh Reshammiya Breaks Down In Tears After Mohammed Danish's Performance, Know Here Why

Apart from Tony, Neha and Priyanka, the video also stars Ankitta Sharma and Aashika Bhatia in important roles. The two look pretty in the video as school girls.

Meanwhile, Neha is recovering from depression after her alleged breakup with actor Himansh Kohli. In fact, recently, during a performance in Ahemadabad, Neha broke down on stage while crooning to Maahi Ve.

Singer Neha Kakkar is on a national tour, performing in various cities in India and her recent live performance in Ahmedabad shows her breaking down on stage while singing Maahi Ve. Right before singing it, Neha had announced that she was dedicating the song to all those nursing a broken heart. 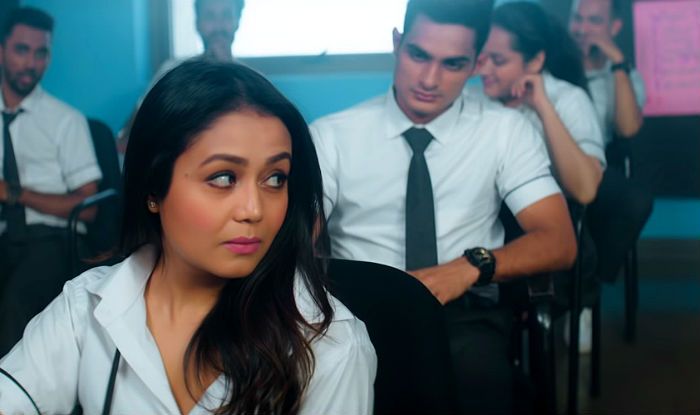 In the video that went instantly viral, Neha is seen choking up in between the performance ample number of times, stopping in the middle of her gig to wipe tears and steady her voice before she finally stopped singing and pulling herself together, said, “Sorry guys, no matter what happens in my personal life, I am here for you today, and the next song is dedicated to all those who have gathered for me here today.”

Seems like Neha is dealing with a difficult phase in her life. She also broke down on the sets of Indian Idol 10 after listening to an emotional song. The singer also made another post on social media after the incident and wrote, “I know now everybody’s gonna talk about it now.. People are gonna judge me.. pata nahin log kya bolenge.. some people are gonna say things which I haven’t even done but koi nahin.. mujhe aadat ho gayi hai sab snne ki.. sab sehne ki” (sic).