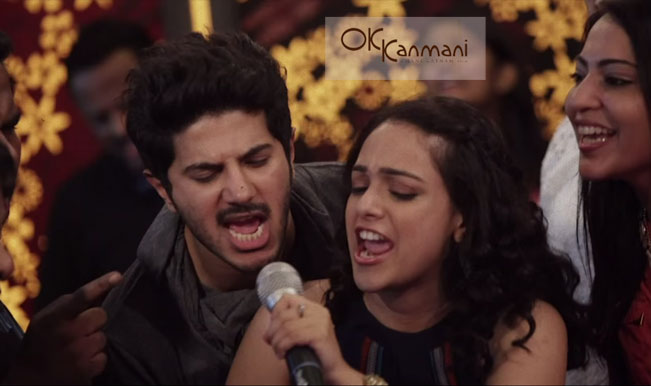 Some live up to the set expectations, and then there are exceptional few who always exceed the norms, to create staggering benchmarks. Veteran music composer AR Rahman might have some enviable titles and awards in his kitty, but the quality of his music continues to charm us. The numero uno composer has now teamed up with none other than Mani Ratnam for the upcoming Tamil film O Kadhal Kanmani, also known as OK Kanmani. Also Read - AR Rahman's Mother Kareema Begum Dies, Music Maestro Pays Tribute on Twitter

Mental Manadhil was the first song released as part of the teaser of Mani Ratnam’s romantic-drama. The visuals look enriching thanks to the exceptional cinematography coupled with the exciting music. The full album was released to the audience on Friday night. There are nine songs in the album with contributions from Aaryan Dinesh Kanagaratnam, Darshana KT, Karthik, Jonitha Gandhi, Nikita Gandhi, KS Chitra and AR Ameen for the Tamil version. #OKKanmani trailer is a must watch: Love is truly in the air. Also Read - 10-Year-Old Indian Girl Makes it to Semi-Finals of ‘Britain’s Got Talent’, Wows Judges With Her Impressive Singing | Watch

Naane Varugiraen is one such song to which Rahman gives his pure touch with tunes that can only come from his soul. Vairamuthu’s eloquent lyrics simply flow seamlessly with the beautiful rendition. The song expresses the magic of surrendering to love, for which Shashaa Tirupati and Sathyaprakash lend their mellifluous voice. The intimate and beautiful lyrics only make you hum this number long after the song is over!

One can also be certain that talents have been passed on to the next generation if you listen to Rahman’s son AR Ameen signing the traditional Maula Wa Sallim. Naane Varugiraen is undoubtedly the best of the lot with Paranthu Sella Vaa and Aye Sinamika blessed by Karthik’s voice following closely! The movie starring Dulquer Salmaan and Nithya Menen in the lead, the film is said to be Ratnam’s comeback to the romance genre after a decade. Slated for release on April 24, “Oh Kadhal Kanmani” marks the reunion of Ratnam and lensman P.C. Sreeram after many years.

Listen to the full album here.

(With Inputs from IANS)