It's actually more hilarious than scary to watch a spider coolly walk out of a banana! 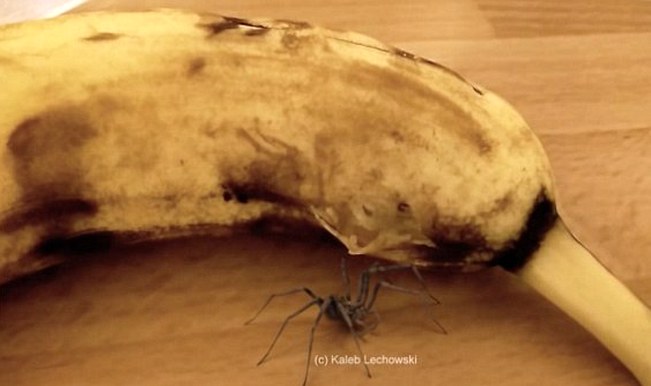 After several cases of pesticides, worms and high levels of MSG being found in preserved food of big brands such as Nestle Maggi, Frooti, Nestle Cerelac, Amul and Haldiram’s, comes a video of a perishable product with a spider! A man has shared a video titles Spider bursts out of a Banana on YouTube and this video has gone viral. Also Read - Amazing Beauty Benefits of Banana That Can Help Your Skin Look Radiant And Tresses Grow Long And Shiny

It’s actually more hilarious than scary to watch this footage that is almost like a slow motion video of Discovery Channel from the woods! Except that here, a spider coolly walks out of a banana! It is not clear where this incident happened, but the video bears a watermark of Kaleb Lechowski. Watch the live footage in this video if you don’t believe us. And don’t forget to share it on social media. Also Read - Twitter User Shares Picture of Maggi With Curd, Leaves Netizens Disgusted