This is as weird as it can get! 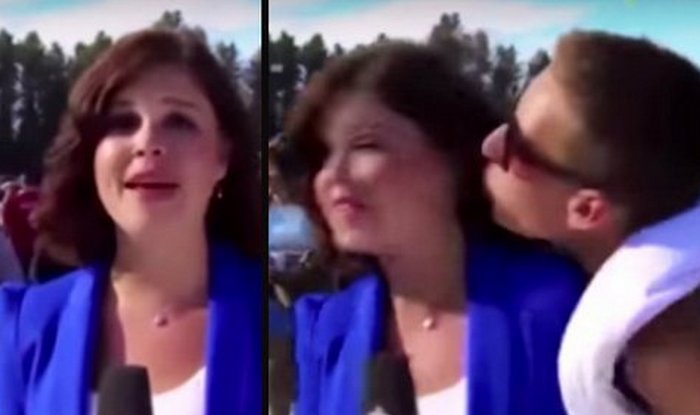 This is as weird as it can get! Female reporters, weather girls, cheerleaders, waitresses, actresses, or any woman basically is treated the same way! Perverted men feel they have a right to walk up to any girl and touch her or kiss her. This male teen who tried to kiss a female reporter during a live broadcast had to apologise for his behaviour! The reporter, Megan Batchelor, filed a complaint of sexual assault with the police, and only then this boy said sorry to her. Also Read - 'Don't Ever Talk to The President that Way': Donald Trump Snaps at Reporter Over Election Question | Watch

Working for the Canadian Broadcasting Company, Megan was filing a report from a music festival near Vancouver, Canada, when the 17-year-old identified as Daniel Davies suddenly appeared and almost kissed her on camera. Also Read - Bizarre! 17-Year-Old Girl Gives Birth to 'Surprise Baby' on The Toilet, Claims She Was Clueless About Her Pregnancy

Watch video to see how insulting it must’ve been for the female reporter, and yet she is smiling away because she has to finish her job!