Oxford Dictionaries honors ‘vape’ as word of the year 2014 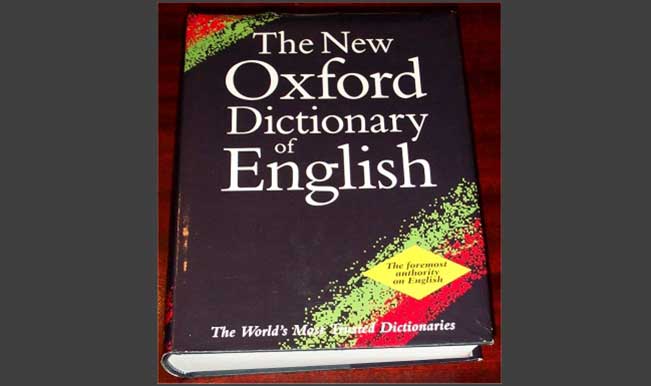 London, Nov 18: The word ‘Vape’ has been recently announced as the international word of the year 2014 by the Oxford Dictionaries. When used as a verb vape means inhaling and exhaling the vapour produced by e-cigarettes , while it can also be used as a noun to refer to the devices themselves, the Mirror reported. Also Read - COVID-19 Vaccine Update: AstraZeneca Halts Phase 3 Clinical Trials as Volunteer Develops 'Unexpected' Illness

Language research found that the use of the word vape has more than doubled in 2014 compared to 2013. Associated phrases have also developed including vape pen and vape shop, while the “retronym” phrase tobacco cigarette has even begun to resurface in order to draw a distinction between traditional cigarettes and electronic devices. Also Read - Trending News Today February 26, 2020: Greta Thunberg-Malala Yousafzai's Oxford Meet Will Make You Believe Young Women Activists Are Future

Judy Pearsall, editorial director for Oxford Dictionaries, said that as vaping has gone mainstream, with celebrities from Lindsay Lohan to Barry Manilow giving it a go, and with growing public debate on the public dangers and the need for regulation, so the language usage of the word vape and related terms in 2014 has shown a marked increase.

The word of the year does not need to have been coined in the last year but must have become prominent or notable during that time. Vape was added to the website OxfordDictionaries.com in August 2014 and is currently being considered for inclusion in future editions of the official Oxford English Dictionary.

In fact the word vape dates back to the 1980s. Its earliest known use is in an article titled ‘Why Do People Smoke?’ in New Society in 1983 in which the author, Rob Stepney, used the word to describe a hypothetical device being explored at the time.

Bae, originated in African-American English is used as a term of endearment for a romantic partner and is popular on social media and hip-hop and RandB music was also shortlisted for the title, along with indyref, used to describe the poll on Scottish independence. Other shortlisted words included Budtender, Normcore, Contactless and Slacktivism.