One wanted to know about the special multilayer suit that Rosolie would wear while being swallowed by a large anaconda on Eaten Alive. 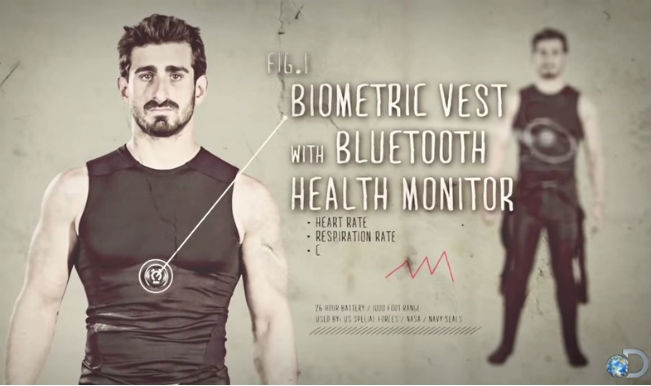 Twenty-seven-year-old, Paul Rosolie, became a world-wide name with his death-defying challenge for the Discover Channel. He shot for channel’s Eaten Alive, where the naturalist decided to take a trip to a giant anaconda’s belly. It is a totally different story that Rosolie’s experience inside the 18-ft long anaconda, one of the mightiest snake found on the planet turned out to be a dampener. Paul, who decided to take a plunge into this life-threatening two-hour special act that aired on Sunday, was cut short after he bailed out of being consumed by an anaconda. Also Read - PM continued shooting for documentary after Pulwama attack, alleges Congress

This never seen dare-devil act of Paul Rosolie, was an idea of attracting the viewers towards the degrading condition of the Amazon rainforests and hence he decided to grab eyeballs by pulling off this stint. This expedition of Paul Rosalie, a celebrated naturalist and film-maker to be eaten by a massive anaconda had definitely created a lot of curiosity among the viewers across the world. The snake-proof suit that Paul Rosolie wore for his expedition generated a lot of curiosity. One wanted to know about the special multilayer suit. Also Read - Classmate Spell Bee is back with its 11th season

A complete detail of the Armored Snake Suit

1. A Breathing and Communication Mask will be Paul’s lifeline to the outside world. The breathing mask is the same device used by firefighters in smoky environments. It allows oxygen to flow in while keeping mud and water out. The mask is mic’ed and there is a speaker at Paul’s ear, allowing him to communicate with the safety team at all times.

2. A Neoprene Layer will give the anaconda a “fleshy” texture to sink its teeth into. This layer is two inches thick so that the snake can sink its teeth in and grab hold. The neoprene fabric will absorb a generous coating of pig’s blood, which will make the suit smell like the anaconda’s prey.
3. A full-face Composite Helmet protects the delicate Breathing and Communication Mask. The helmet is covered by a thick neoprene layer to mimic the texture of the snake’s prey.
4. An Acid Protection Tychem Layer will keep Paul from being digested by the anaconda. It can withstand 127 toxic chemicals, including those similar to the gastric acids that Paul might encounter inside the snake. The Tychem layer was tested for 8 hours, longer than Paul plans on staying in the suit.
5. Beneath the suit, Paul will wear a Biometric Vest with Bluetooth Health Monitor. This will allow an on-site physician to wirelessly monitor Paul’s heart rate, respiration rate and core body temperature during the ordeal.