Phillip Hughes breathed his last on Thursday morning as he succumbed to the injury he suffered on his head following a nasty bouncer by Sean Abbott in South Australia’s Sheffield Shield clash against New South Wales. 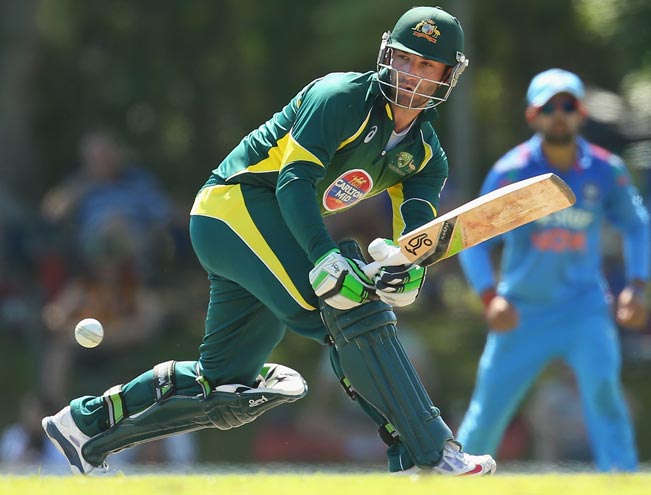 Phillip Hughes breathed his last on Thursday morning as he succumbed to the injury he suffered on his head following a nasty bouncer by Sean Abbott in South Australia’s Sheffield Shield clash against New South Wales. The left-handed Hughes was known for his unorthodox technique. The technique that helped him score all his three Test centuries and a fine unbeaten knock of 81 abroad, also helped him get his One-day International career off to a great start. Also Read - Australia Cricketer Phil Hughes Remembered Five Years After Tragic Death

Hughes played 25 ODIs, scoring 826 runs at an average of 35.91, including two centuries and four half-centuries. Hughes was always a grafter, who essayed the role of an opener perfectly. However, he had moulded his game lately to suit the requirements of limited-overs cricket. Here are three of Hughes finest ODI knocks. Also Read - English Commentator Draws Flack Over His Comments on Sean Abbott, Referencing Phillip Hughes' Death

1) 112 vs Sri Lanka at Melbourne Cricket Ground: Hughes announced his arrival to limited-overs cricket with a brilliant century against Sri Lanka at the MCG. At a time where Australia were looking to rebuild their squad and in search of fresh and promising young talents, Hughes made good use of the opportunity on offer.

2) 138 vs Sri Lanka at Hobart: Yet again, against his favourite opposition, Hughes made full useof  good start. After failing in three consecutive innings where he got out for single digit scores, Hughes scored a 154-ball 138. More importantly, he scored more than half of Australia’s total of 247. On a pitch where scoring was difficult, Hughes was the only batsman who looked comfortable.

3) 85 vs South Africa at Harare: In a crucial encounter for Australia, Phil Hughes offered a good start to his side against a pace attack comprising of Dale Steyn and Morne Morkel. He did the bulk of the scoring before Mitchell Marsh came out t bat and powered Australia to 282. Australia won the match and entered the final of the tri-series.