Australian batsman Phillip Hughes passed away on Thursday after suffering a brutal injury on his head in a Sheffield Shield match between South Australia and New South Wales. 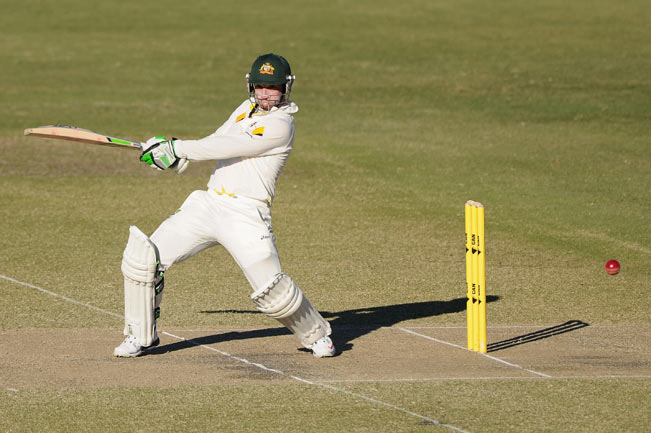 Australian batsman Phillip Hughes passed away on Thursday after suffering a brutal injury on his head in a Sheffield Shield match between South Australia and New South Wales. Hughes was shifted to St Vincent’s Hospital in Sydney where he was in a critical state for over two days, before eventually succumbing to the injury. Hughes was known for his unorthodox technique, which was effective nonetheless. Despite not being the most pleasant batsman at the crease, Hughes played some fine knocks in his 26 Test match career. He passed away at the age of 25 years and 362 days. The left-hander scored 1,535 eruns in 26 tests at an average of 32.65, including three centuries. Here is a look at his three best knocks Also Read - English Commentator Draws Flack Over His Comments on Sean Abbott, Referencing Phillip Hughes' Death

1) 115 and 160 vs South Africa at Durban: In only his second Test match, Hughes scored two centuries against South Africa at Kingsmead against a bowling attack comprising of Makhaya Ntini, Dale Steyn and Morne Morkel. Opening the innings for Australia alongside Simon Katich, he scored abrisk 115 in the first innings.  While the rest of the batsmen on both sides failed in the first innings, he followed it up with a cautious 160 in the next innings.  It was the 66th instance in the history of Test cricket where a batsman scored two tons in the same match. Also Read - India vs Australia 2018: Steve Smith, Mitchell Johnson, Michael Clarke, ICC Lead Tributes in Memory of Phil Hughes

2) 81* vs England at Nottingham: Australia lost the Test match by a narrow margin of 14 runs. Maybe the Test will be best remembered for Aston Agar’s knock of 95 coming in to bat at No 11. But it was Phillip Hughes who anchored the Australian innings while the rest of the line-up failed.  He remained unbeaten on 81, helping Australia to post 280 runs in the first innings after they were down at 117 for nine at one stage.

3) 126 vs Sri Lanka at Colombo: Australia has always had a tough time countering spin in the sub-continent. Yet, Phillip Hughes worked on his technique to help himself adapt well to the spinning conditions in Sri Lanka. Yet again, the unorthodox left-hander stood tall as the rest of the line-up failed. Only Michael Clarke and Michael Hussey showed some application. Nonetheless, the match on a batting paradise ended in a draw.