Mizoram footballer's tragic death was a big setback in the world of sports in 2014.

The aggressive Australian left-handed batsman, Phillip Hughes‘s being hit on the head surely cast a gloom in the world of cricket and sports. Cricket alone, had many incidents — nose bleeds, fractures and concussions — in what was a perfect example of what the the red cherry aka the ball can do. Ill-fated accidents were rampant elsewhere as well and we look back at four such incidents that dominated headlines in 2014. Also Read - PSG Star Neymar Snubs Lionel Messi And Barcelona For More Money: Report 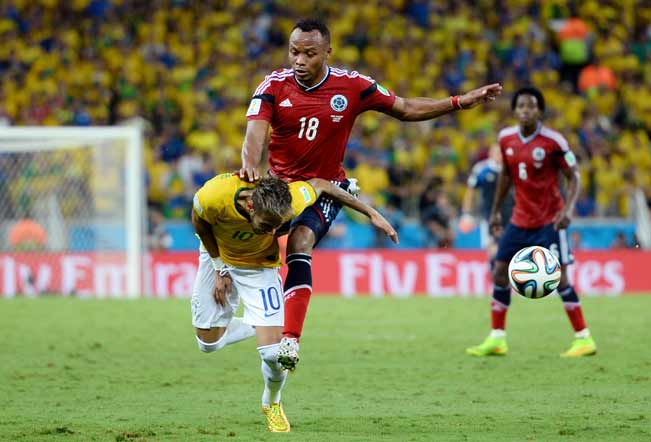 Neymar In terms of viewable content, the Brazilian superstar’s injury may have been the least gruesome of them all.  The impact however was huge and it could be because of the unprecedented number of audiences tuning in for the World Cup. In the keenly contested Latin-American derby semi-final between the 2014 World Cup hosts and Colombia, the two stars from both teams were heckled by defenders.  Columbia’s James Rodriguez was kicked around throughout the game but it was Juan Zuniga’s lunge on Neymar’s back that proved to be decisive. Neymar fell on the ground and was crying in pain and had to be taken off in a stretcher. There were tears in the stands and it sent shock waves throughout the footballing world as the nimble-footed forward had to sit out for the rest of the tournament.          Also Read - PSG Star Neymar Banned For Two Matches After Marseille Brawl, Racism Allegations to be Investigated 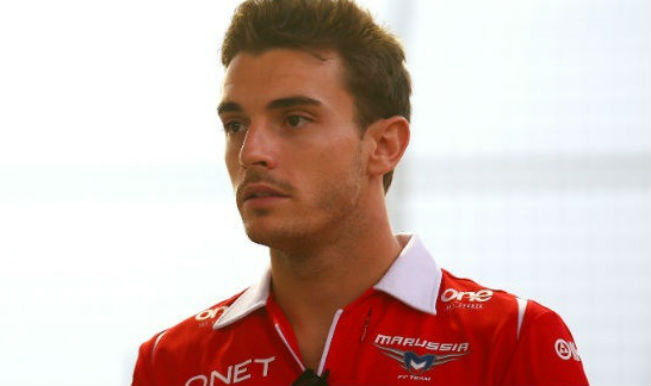 Jules Bianchi Collisions and life threatening injuries have become synonymous with Formula 1 and young Frenchman Jules Bianchi was sadly on the receiving end of a horrific accident. The stage was the Japanese Grand Prix, held in Suzuka and the Marussia driver’s car swerved and fled to the run off area. With the threat of a typhoon looming large, the wet track didn’t aid Bianchi. His car slammed near the stationed crane and immediately lost consciousness. Bianchi was rushed to the hospital and was said to be in a critical condition at the time but has recovered well from the near-death experience.

Paul George joins the list of high-profile names to join the list in 2014. Widely and almost unanimously hailed as the fastest rising Basketball star, the Indiana pacers small forward suffered a nasty injury, slamming into the solid upright basket support base and ended up fracturing his right knee and was ruled out for the season. Pacers’ fans and NBA will certainly miss PG-13’s slam dunks this season.

Mizoram footballer’s tragic death Indian football is going through some refreshing changes in its system in 2014 with the Indian Super League (ISL) already lapped up by the public, but elsewhere there was tragedy on the football pitch. In a Mirzoram Premier League match, Peter Biaksangzuala, playing for Bethlehem Vengthlang FC scored a goal and went on to execute a spree of backflips, but failed in his third attempt. Trying to emulate the likes of Nani and Obefami Martins, Peter fell on his head and collapsed on the ground. The medical team was called immediately and was admitted in a hospital in Aizwal. The injuries he had suffered damaged his skull too much for the player to recover and he eventually succumbed to it.