Aggrieved by reading tales of suffering on social media, a young engineer in Madhya Pradesh's Dhar came up with a jugaad ambulance to save people's lives.

Dhar (Madhya Pradesh): With Covid wreaking havoc in India, the country’s healthcare infrastructure is left overburdened with people running from pillar to post for hospital beds, medicines and oxygen cylinders. More so, many people have lost their lives due to a delayed hospitalization owing to shortage of ambulances and oxygen. Aggrieved by reading such tales of suffering on social media, a young engineer in Madhya Pradesh’s Dhar came up with a jugaad ambulance to save people’s lives. To create the temporary ambulance, he used scrap materials and a little bit of engineering technique to create a mini yet inexpensive vehicle.Also Read - Bhopal Man Converts His Auto-Rickshaw Into Free Ambulance For The Needy, Also Installs Oxygen Cyclinder

He then attached the ambulance with his bike and now, he ferries Covid patients to hospitals for free. 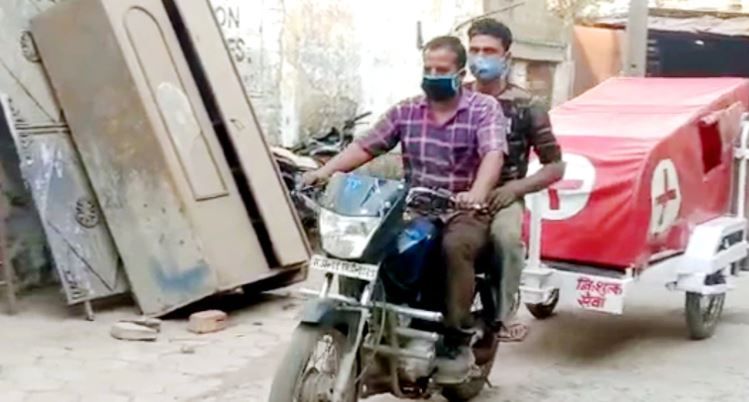 The ambulance which has been created with just Rs 20-25,000 is fitted with an oxygen cylinder and an essential medicine for patients. The engineer said that apart from the the patient, two people can sit comfortably in his ambulance. So, even the patient’s family members can be at their loved one’s side as they are being driven to the hospital. 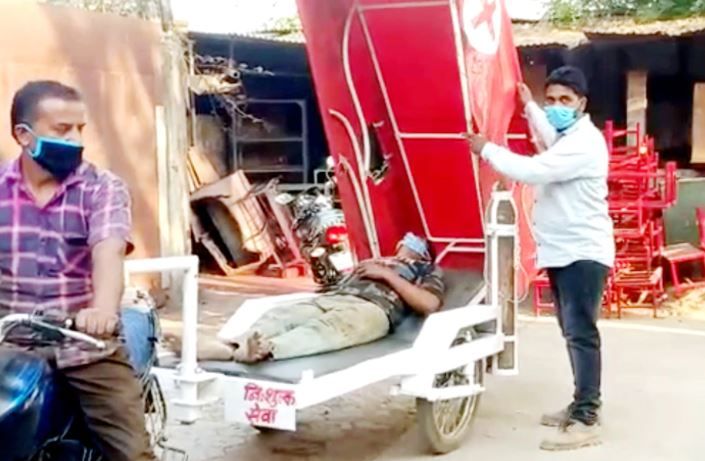 The engineer further said that he was heartbroken to read a report recently that said that an ambulance driver had demanded Rs 10,000 for just 3 kms. So, he came up with this idea to help other people in need. As of now, he has just made one such ambulance, because he couldn’t get materials for others due to lockdown. However, he plans to create more such ambulances so that poor people can receive treatment on time. 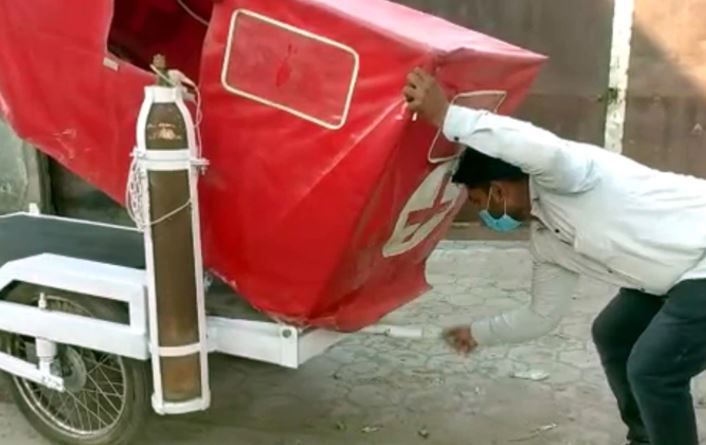 He also said that ambulances which are built on the cost of lakhs of rupees are also not able to ferry patients to the hospitals on time. People are even ready to shell out a great deal of money for an ambulance, but still they are not able to get it. He hopes that his creation might just help those people in need.