Pingali Venkayya was an Indian freedom fighter and is credited with coming up with the design of our tricolor which we proudly unfurl today.

Pingali Venkayya, the man who designed our Indian National Flag was born today on August 2, 1876 in Andhra Pradesh. He was an Indian Freedom Fighter and is credited with coming up with the design of our tricolor which we proudly unfurl now almost 70 years after obtaining independence from the oppressive British rule. He is the unsung hero of our freedom struggle who designed and painted the colours of our national flag and also gave the significance of the three colours and the Ashoka Chakra in between. Pingali Venkayya painted the flag in saffron, white and green. Saffron was chosen to depict courage and sacrifice, white for peace and truth and green for faith, chivalry and abundance. The Ashoka Chakra depicted the eternal wheel of law. Today we remember him on his 141st birth anniversary. Also Read - Mahatma Gandhi's Great-Granddaughter Sentenced to 7 Years' Jail in South Africa

Pingali Venkayya joined the British Army at a young age of 19 and took part in the Anglo-Boer war in Africa. During this time he met Mahatma Gandhi and formed an association with the leader which lasted for more than 50 years. Various so-called flags were used to depict the Indian national struggle and fight for independence, but it was Pingali Venkayya’s design which became the accepted national flag of India. Prior to the present tricolor, the charkha was at the centre of the flag, later the Ashoka Chakra replaced it. Pingali Venkayya was an authority on geology, agriculture and was also an educationist who set up an educational institute in Machilipatnam. Pingali Venkayya was also honoured with a postage stamp in 2009 for his contribution towards Indian freedom struggle. Also Read - Mahatma Gandhi's Idol Vandalised in MP's Mandsaur, Cops Suspect Monkeys | See Pics 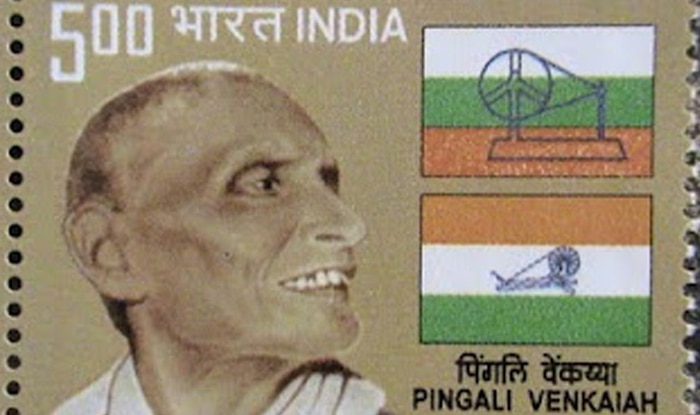 Sample a few tweets below:

Freedom fighter and designer of the Indian national flag #PingaliVenkayya was born #OnThisDay in 1876. pic.twitter.com/8TLE3LhyeJ

Piyush Goyal, the Minister of State with Independent Charge for Power, Coal, New and Renewable Energy and Mines in the Government of India also took to Twitter to pay his respects to Pingali Venkayya.

Tribute to the designer of tricolor the symbol of our pride, revered Shri Pingali Venkayya on his birth anniversary. pic.twitter.com/RBzPfRs1KP

Remembering #PingaliVenkayya , designer of the Indian Flag & a great patriot on his birth anniversary.

We pay tribute to freedom fighter & designer of our national flag Pingali Venkayya on his birth anniversary. pic.twitter.com/O8WHZIO2nF

Pingali Venkayya although made tremendous contribution towards the Indian struggle for independence and his name is forever etched in the history books with the national flag but still he is lost in obscurity and not many people know about him. However, now times are a changing and the freedom fighters who fought alongside the popular leaders in the freedom struggle are getting their due.