PK- Behind the scenes: Watch Anushka Sharma’s make over as Jaggu in Rajkumar Hirani film!

This video takes us through Anushka Sharma’s transformation journey as Jagat Janani aka Jaggu. 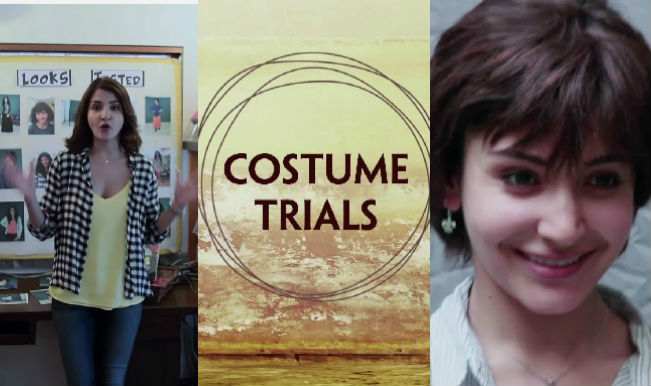 The PK team is leaving no stones unturned to create the much hyped buzz about the movie. Since the release of its first look, the Aamir Khan starrer has grabbed everyone’s eyeballs and is still continuing to do so. As a part of their promotional strategy the filmmakers have released a yet another behind the scenes video. Also Read - Faisal Khan On Aamir Khan: How Does Faisal Khan Ever Break Out of Aamir Khan’s Shadow?

This video takes us through Anushka Sharma’s transformational journey as Jagat Janani aka Jaggu. The Rab Ne Bana Di Jodi actor explains how they decided upon her final look with a pixie cut. They had to try several looks with different hairstyles and attires before they zeroed on her Jaggu look. Anushka takes us on a ride of her green room which is stocked with set of clothes, shoes, accessories and makeup required to transform her as the chirpy and lively Jaggu. Also Read - Aamir Khan Continues Shooting For Laal Singh Chaddha Despite Rib Injury

The last Behind the Scenes video released gave us a glimpse of Aamir Khan’s makeover as PK. The filmmakers had a tough time finalizing on PK’s look and in comparison to that deciding on Jaggu’s look was quite easier.

Watch Anushka Sharma’s make over as Jaggu in PK here!