PK motion poster out: Nude Aamir Khan dares you to stare at him!

The digital poster shows the same full Monty poster of Aamir Khan where he is standing on a railway track in the midst of nowhere. But there's more! 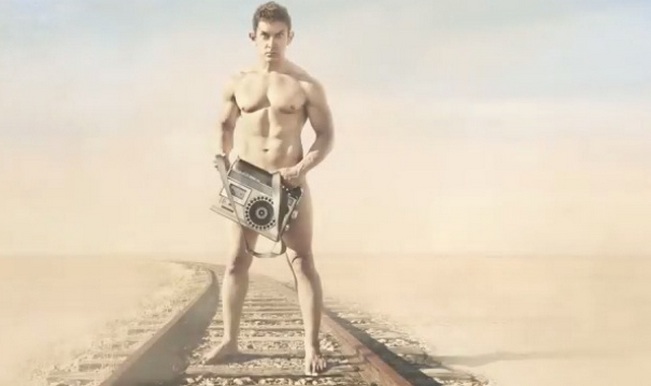 Trust Aamir Khan to surprise us with each film, or even with the trailer and promotions of each film. After creating a great buzz last night with the release of the first look of his film PK, in which he went fully nude, the actor and his crew have now released the PK official motion poster. The digital poster shows the same full Monty poster of Aamir Khan where he is standing on a railway track in the midst of nowhere, hiding his frontal and jewels with a retro tape recorder. But there’s more. Also Read - Aamir Khan's Brother Faissal Khan Makes Shocking Revelations: Karan Johar Insulted me, Family Gave Wrong Medication For a Year

PK, directed by Rajkumar Hirani, releases on December 19, 2014. This is ahead of Christmas – Aamir’s favourite period of the year to have a theatrical release for his films. Apart from Aamir Khan, PK stars big names like Anushka Sharma, Sanjay Dutt and Sushant Singh Rajput.

Watch the PK motion poster in the player below and type in your reactions!