The Nasha actress was relentlessly promoting her app, from posting a topless picture to enticing her followers with juicy details of the app.

Bollywood starlet Poonam Pandey was all gung-ho about the launch of her app, The Poonam Pandey App for past few weeks. But the excitement of sexy social media star was cut short after Google banned her app within hours after the launch on April 17. Naturally, Poonam Pandey was disappointed over Google Play App Store suspended her app, allegedly over its adult content. The Nasha actress was relentlessly promoting her app, from posting a topless picture to enticing her followers with juicy details of the app. Nevertheless, the sizzling diva has asked her fans to download The Poonam Pandey App from her official website www.poonampandey.in/download. The app has no age criteria with the Twitterhearts Queen claiming, “everyone regardless of their age, people can download the app from my website.” Poonam Pandey launches app, joins Sachin Tendulkar, Alia Bhatt, Sonam Kapoor in celebs with their own apps. Also Read - Poonam Pandey's Instagram Account Hacked, Says 'I Hope Miscreant Doesn't Misuse It'

Poonam Pandey with the launch of her own app joined the likes of Sachin Tendulkar, Alia Bhatt, Sonam Kapoor and Sunny Leone. She left no stones unturned in keeping the excitement level of her fans and followers high by teasing them with glimpses of her hot self in the app. On the scheduled launch date, April 17, The Poonam Pandey App finally released. It was made available for the Android phones and could be downloaded from Google Play App Store. But on the same day of the launch date, Poonam Pandey’s bold mobile application was suspended by Google. Also Read - Gmail, YouTube & Other Google Services Restored For Users After Massive Worldwide Outage

She took to Twitter to notify her fans of the latest shocking development, by writing, “Google has suspended the App..but the Android users can directly download #ThePoonamPandeyApp from my website http://www.poonampandey.in/download”. She also replied to number of her followers’ questions about this step taken by Google. In one of the tweets, Poonam wrote: “I guess people are not complaining about the Playboy app, but they are complaining about #ThepoonamPandeyApp”. She seems to be unaware of the reason for her app facing the ban. Also Read - YouTube Experiences Worldwide Outage, Google Play Also Down

“Razr Corp and my agency approached me with the idea of creating an app. They gave me full creative freedom to create this app exactly the way I wanted it to be. So, of course, I accepted the challenge. I am very happy with the final product,” said Poonam, who had once made headlines for promising to go topless if the Indian cricket team won the World Cup. 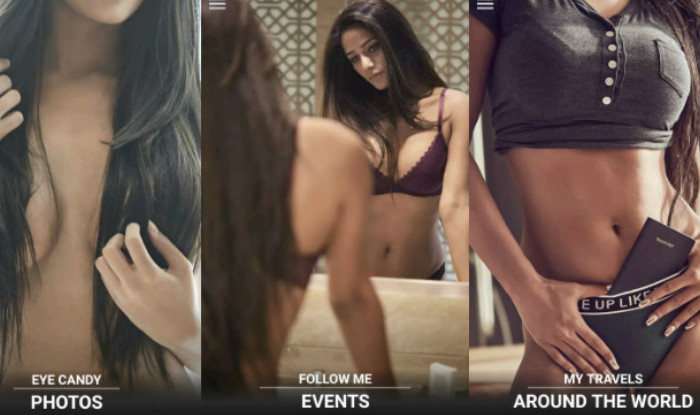 Giving a hint about her app, she said: “This is all about me. If you think I am bold, my app is going to be bold as well. I have the full freedom to post anything that I want.” 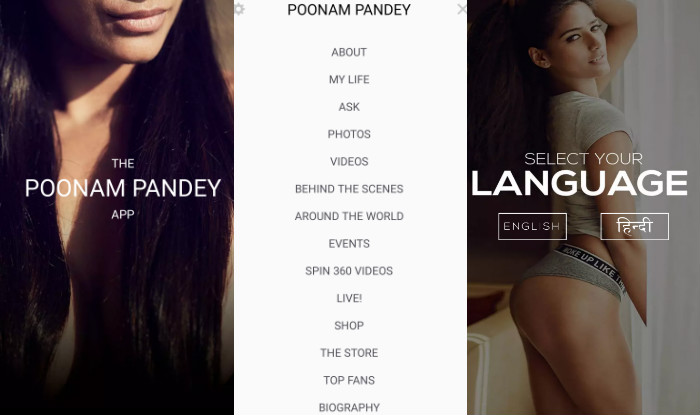 The Poonam Pandey App has a lot on her introductory content page – about, my life, ask, photos, videos, behind the scenes, around the world, events, spin 360 videos, live!, shop, the store, top fans and biography. Keeping her words, the app is indeed quite bold with every new topic displaying either her boobs or her butt on the screen. Poonam Pandey’s fans are going to be one happy lot with such an eye candy.