After Ranveer Singh, it's Poonam Pandey who is ‘doing the Rex’. 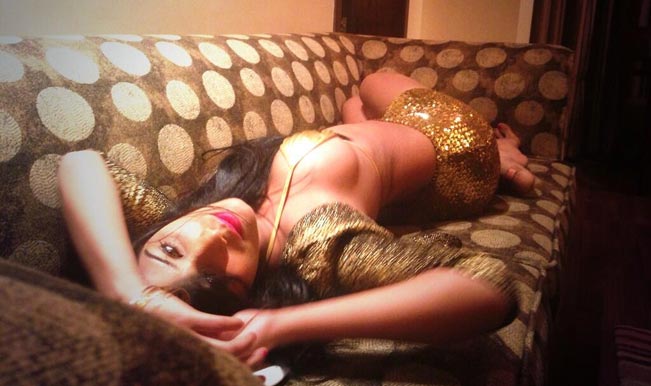 Poonam Pandey is once again set to tease all the men out there and grab some attention with her usual gimmicky ways. Her tactics of posing semi-nude and posting selfies of her derriere has made her a household name of boldness and erotica. If there is someone who knows how to stay in the news, it has to be Poonam Pandey. Also Read - After Domestic Violence Allegations, Poonam Pandey And Husband Sam Bombay Are Back Together

In this video, Poonam Pandey is seen dancing in a skimpily clad golden bikini top and short skirt in her usual attempt to be the ultimate seductress! In response to the popular Ranveer Singh’s Do The Rex commercial for Durex, Poonam has shot this video. Her version of #DotheRex has been mentioned as “Watch my good work” on Twitter by her. Also Read - Poonam Pandey Opens Up on Molestation Incident With Husband Sam Bombay, Says 'I Suffered Brain Hemorrhage, It Was Half Murder'

This video has gone viral. Watch it here if you have missed it!