Here’s a side by side look at both the sexy divas – Mia Khalifa and Poonam Pandey.

We now come to the second hottie – Poonam Pandey. Unlike Mia, she is not a part of an adult industry but barely leaves anything to her followers’ imagination. She rose to fame with her unfulfilled promise of going nude in 2011 when the 26-year-old vowed to go nude if Indian Cricket Team became World Champions. But with massive backlash, Poonam Pandey could not fulfil her promise. Nevertheless, the girl continued to garner attention with her titillating posts on the social media. She has around 850K followers on Twitter and 1 million on Instagram. Here’s a side by side look at both the sexy divas – Mia Khalifa and Poonam Pandey. Also Read - Poonam Pandey And Sam Bombay Granted Bail For Bond of Rs 40,000 in The Obscene Video Case

Cap, Cleavage and Sexed Up Personality 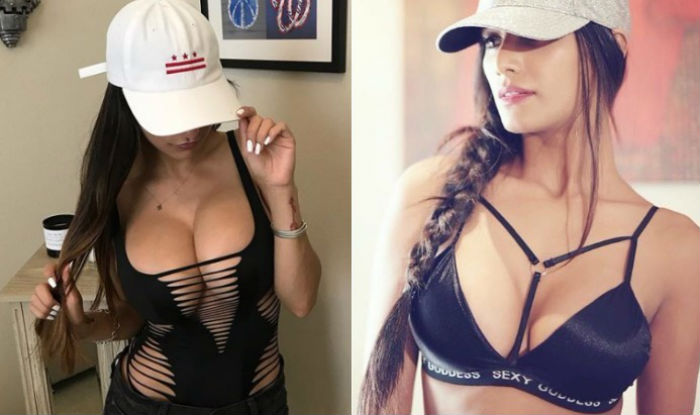 Batman Love for Mia and Poonam 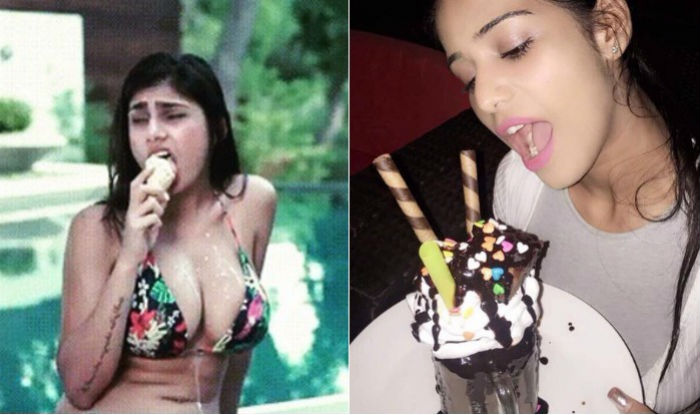 Mia currently resides in Miami and is an ardent supporter of D.C. Sports. While she might have bid goodbye to the porn industry, the girl does not have inhibitions posting almost naked and suggestive saucy images on Instagram. Mia is also popular for her ‘calling a spade a spade’ attitude and is often in the news for bashing up rude fans on her social media pages. Meanwhile, Poonam Pandey is enjoying her fame as the sultry seductress of the cyberspace. Earlier in the year, she had launched her app, The Poonam Pandey App but was removed from Google Play for being too raunchy. Quite understandable, we must say considering it has pictures of Poonam Pandey’s cleavage and butt all over. Fans of Mia and Poonam love the girl for their ideologies and would like to see more of it.