Priyanka Chopra miffed about biopic made on her, slaps legal notice on Aseem Merchant!

Aseem Merchant, Priyanka Chopra's former beau has announced to make a biopic on her. Priyanka is quite miffed with this and has sent a legal notice to her ex-boyfriend! 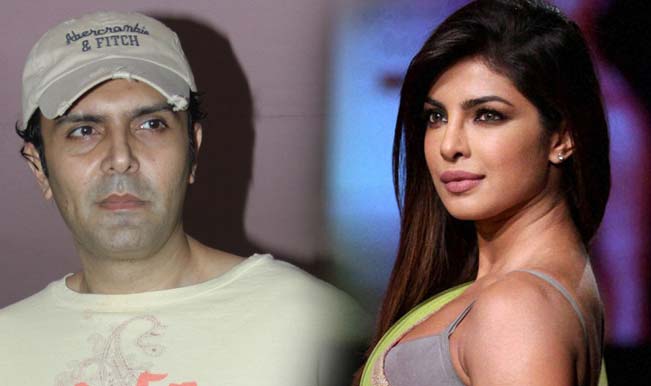 Priyanka Chopra has reportedly sent a legal notice to her alleged ex boyfriend Aseem Merchant against a biopic planned on Priyanka’s life. The actress alleges that the biopic made by Aseem revolves around her life rather than her former manager Prakash Jaju as Aseem claims. Also Read - Priyanka Chopra Sells Two Apartments For Rs. 7 Crore; Rents An Office For Rs. 2.11 Lakh Per Month – Check Her Total Net Worth

Aseem dated Priyanka Chopra when she was modeling and he claims that the movie is about Prakash Jaju and not Priyanka Chopra and will focus generally on the entertainment industry. Priyanka had fallout with Prakash Jaju in 2008 after he claimed that he owed a lump sum amount of money .He claims that the film is about him and Priyanka is just a chapter of the story but if she still has an objection about the film he will drop the idea so as not to hurt Priyanka’s sentiments. Also Read - Priyanka Chopra Slips Into Hot Blue Bikini As She Gets Soaked In The Sun For Bold Photoshoot

The rumoured movie will apparently revolve around Priyanka’s early career as a model and her legal battle with her former manager Jaju who served two months in jail following allegation of threatening behavior after Priyanka’s father had filed a police complaint.