The Pulitzer Prize is an award awarded to people for their achievements in the field of journalism i.e. newspaper or web, in United States of America (USA). 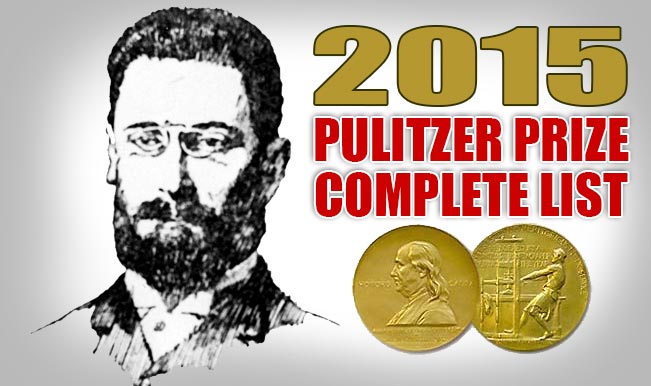 The Pulitzer Prize is an award awarded to people for their achievements in the field of journalism i.e. newspaper or web, in United States of America (USA). Known as the top award for a journalist, the Pulitzer Prize is also given for excellence in literature and musical composition. The first Pulitzer Prize was given in 1917 administered by Columbia University.  There are as many as 21 categories where a person is awarded the Pulitzer Prize. The winner of the prestigious award receives a cash prize of US Dollars 10,000 in 20 categories, while the winner in the public service category of journalism competition is awarded a gold medal. Also Read - Dia Mirza-Vishal Dadlani-Hansal Mehta Call Out BJP Spokesperson Sambit Patra's Nasty Tweet Mocking Picture of Dead Kashmiri Citizen

The New York Times today won three prestigious Pulitzer Prizes and a St Louis newspaper took the breaking news photography award for its coverage of the racial unrest in Ferguson, Missouri. The Post and Courier in Charleston, South Carolina won the coveted award for public service journalism for an investigative series on why South Carolina is among the deadliest states for women in the country. (Also read: Pulitzer 2015: New York Times share Pulitzer for international reporting for coverage of Ebola epidemic) Also Read - 3 Indian Photojournalists Who Captured Life in Kashmir During Lockdown Win Pulitzer Prize 2020 | See Pics

The New York Times staff shared the prize for international reporting for its coverage of the deadly Ebola epidemic in west Africa, announced the Pulitzer committee at Columbia University in New York.

Here is the complete list if Pulitzer Award Winners 2015

FICTION – “All the Light We Cannot See” by Anthony Doerr (Scribner)

DRAMA – “Between Riverside and Crazy” by Stephen Adly Guirgis

HISTORY – “Encounters at the Heart of the World: A History of the Mandan People ” by Elizabeth A. Fenn (Hill and Wang)

BIOGRAPHY – “The Pope and Mussolini: The Secret History of Pius XI and the Rise of Fascism in Europe” by David I. Kertzer (Random House)