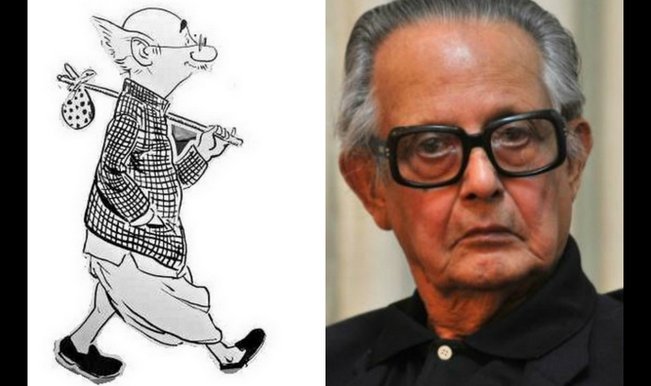 The creator of the original The Common Man cartoon of India, R K Laxman passed away in Pune on January 26. The legendary cartoonist had been ailing for sometime and died at the age of 94. He will be remembered for capturing the mood of India and its various political and economic situations through several decades of doodling for The Times of India and many other publications like The Strand Magazine, Punch, Bystander, Wide World and Tit-Bits, among others. Also Read - Bigg Boss 15 Duration And Contestants: Salman Khan's Show to Run For 6 Months With Tons of Wild-Card Entries?

But Laxman primarily rose to prominence because of his hard-hitting cartoon drawings and captions that appeared in The Times of India‘s column You Said It. Salman Khan’s hit-and-run-case, Indira Gandhi’s post Emergency bypolls win, Democracy or the Shiv Sena-BJP relationship – R K Laxman doodled about everything in his cartoons. We take a look at the Top 5 Common Man cartoons by the legendary cartoonist: Also Read - Shocking Transformation of Celebrities With Makeup, See Their Before And After Look - PICS 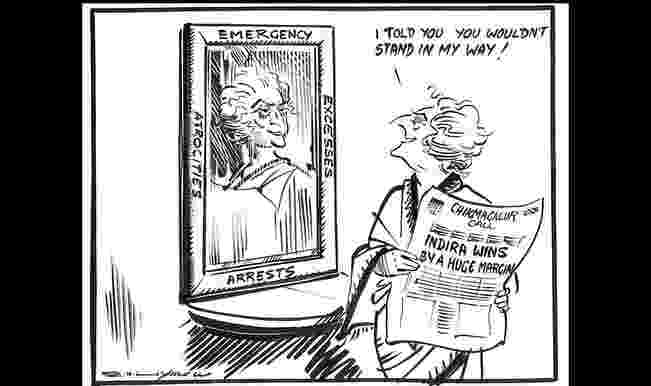 This cartoon dates back to November 1978, right after the Prime Minister Indira Gandhi-imposed Emergency in India ended. This thoughtful cartoon depicts how Indira Gandhi managed to win a seat in the Lok Sabha in a by-election in spite of the negativity surrounding her after the Emergency. 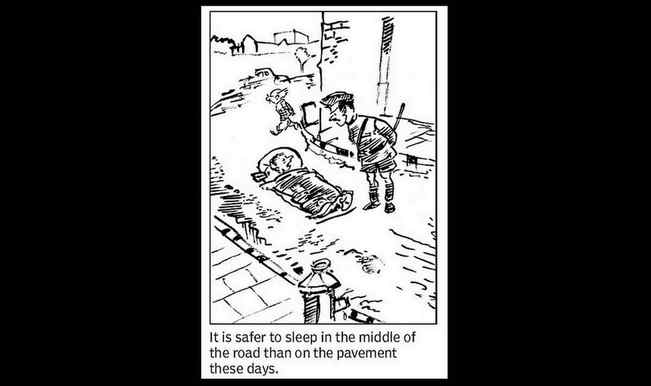 This was a take on the Salman Khan hit-and-run case, where the Bollywood actor was accused of mowing down pavement dwellers after he had had one too many at a party near his house in Bandra. A hapless pavement dweller is seen telling a traffic cop, “It is safer to sleep in the middle of the road than on the pavement these days.” There is no mention of Salman Khan. Rather, the famous Common Man is seen passing by. A classic R K Laxman cartoon! 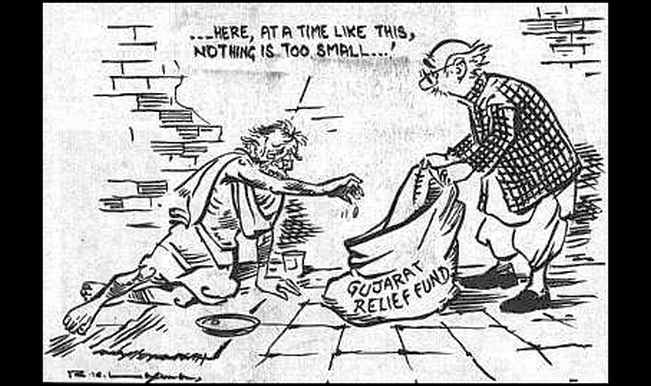 This is a heartening cartoon where an old and virtually penniless beggar is shown contributing to the Gujarat Relief Fund being collected by R K Laxman’s Common Man. “…Here, at a time like this, nothing is too small…,” the beggar says. Quite the sentiment of the aam aadmi at the time. 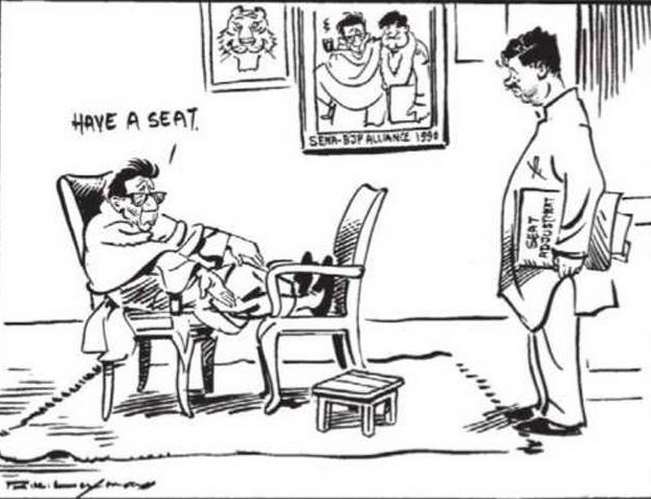 The scenario hasn’t changed much in Maharashtra politics since this RK Laxman cartoon of 1990. It shows the Sena-BJP alliance’s negotiations for seats, where the then Shiv Sena supremo Bal Thackeray is seen grabbing all the seats he can and offering a stool to the Bharatiya Janata Party – portraying the power he wields in their political equation.

Cartoon of Jayaprakash Narayan’s movement to save Democracy 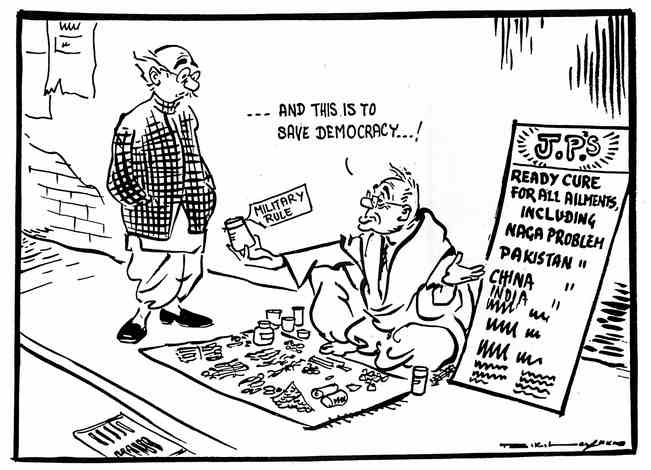 Although this cartoon seems to be dated May 1967 by an archivist, it clearly shows an ageing Jayaprakash Narayan lookalike in the form of a roadside healer, offering solutions for all ailments, including the problems of the state like Pakistan, China and so on. The Common Man looks on, baffled. The solution being given to Save Democracy is ‘Military Rule’. Ironic, as it was freedom fighter Narayan who opposed Indira Gandhi’s Emergency in between 1975-77.