It will be a challenge for Ragini Shah to be accepted by Naamkarann serial fans as new Dayavanti Mehta, a character made famous by the dead star, Reema Lagoo.

The tragic demise of veteran actress Reema Lagoo on May 18, 2017, has left the Indian cinema and television in a tizzy. The 59-year-old Hindi and Marathi star was acting in Star Plus daily soap, Naamkaran at the time of her death. Reema Lagoo had an integral role on the show as Dayavanti Mehta, and her untimely death has affected Naamkarann showmakers adversely. To fill in the void created by Reema Lagoo, the makers are bringing in Gujarati actress, Ragini Shah as new Dayavanti Mehta in the hit TV drama as reported by Bollywood Life. Ragini is a popular theatre star in the Gujarati industry who has done several Indian television serials, popular ones such as Diya Aur Baati Hum and Saraswatichandra.Also Read - Naamkaran Actor Anaya Soni Suffers Kidney Failure, Gets Hospitalised With no Money For Treatment

Reema Lagoo was shooting for the ongoing television serial, Naamkaran a day before her sudden death on 18th May. The senior actress complained of chest pain and was rushed to Kokilaben Dhirubhai Ambani Hospital where she passed away at 3.30 am early Thursday morning. She was a renowned star in Bollywood, Marathi cinema and television industry. Reema Lagoo’s death brought the film fraternity to a standstill with celebs rushing in to pay their homage. But it was the late actress’ Naamkaran co-stars who were completely heartbroken. The entire cast and crew including actors Gulfam Khan, Viraaf Patel and Barkha Bisht Sengupta and Arsheen Namdaar were inconsolable. Reema Lagoo Funeral Pics & Video: Bollywood mourns the death of veteran actress, attend the last rites to pay homage! Also Read - Zain Imam talks about Crashh, Naamkarann sequel and watching Jasmin Bhasin in BB14 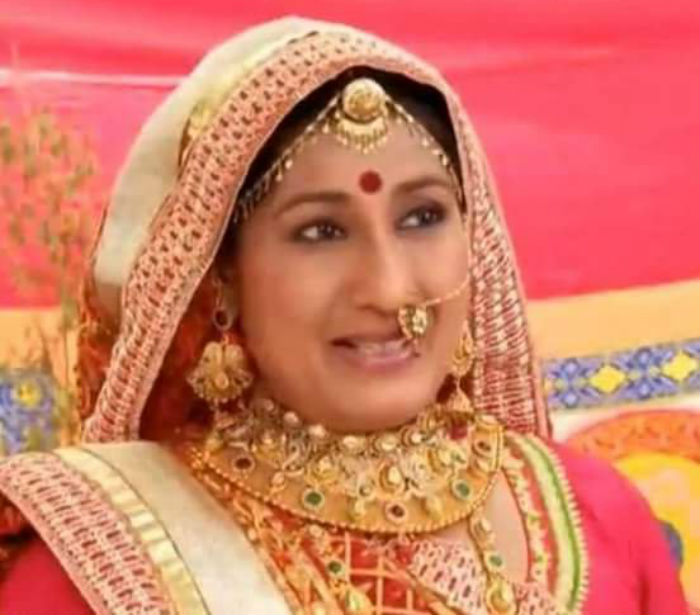 Ragini Shah hails from Mehsana, but the actress was born and raised up in Mumbai. She has acted in several television serials like Aati Rahengi Baharein, Chandan Ka Palna Resham Ki Dori, Ek Mahal Ho Sapno Ka, Mera Sasural, Diya Aur Baati Hum, Gulaal and Saraswatichandra. She received a wide recognition for playing the role of Bhabo’s mother-in-law, Maasa in yet another Star Plus popular show. She was also seen doing an important role in Gujarati film Hardik Abhinadan in 2016. It will be a challenge for Ragini Shah to be accepted by Naamkaran serial fans as new Dayavanti Mehta, a character made famous by the dead star, Reema Lagoo. But Ragini is a renowned theatre artist who should soon cement her place in hearts of the serial followers.