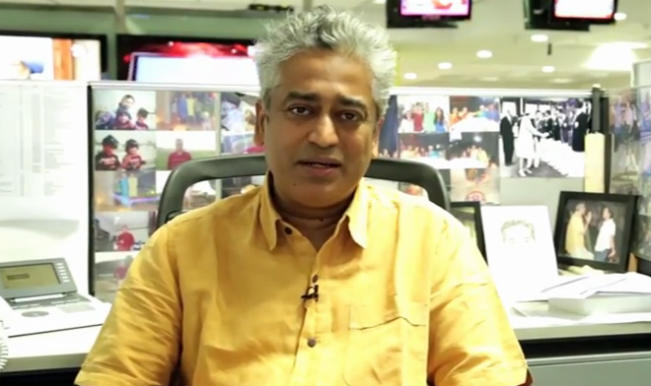 The renowned journalist and TV anchor Rajdeep Sardesai condemned Singh’s comments, terming it ‘low level of politics’. Sardesai, who often shoots tough questions for the Narendra Modi-government, uploaded a video on YouTube and slammed union minister’s remark. He also condemned the hypocritical behaviour of Indians who, on one hand criticize Giriraj Singh for his remarks and on look for a bride with fair complexion on the other. Also Read - Nationwide Lockdown on Cards? PM Modi to Hold All-party Meet on December 4 to Discuss COVID Situation

In the video, Sardesai raises a question that why Narendra Modi had offered a seat to a minister in his cabinet who doesn’t know how to behave in public. “Does the Modi-government lack talent? ,” asks Sardesai. The Headlines Today journalist further hopes that ministers like Giriraj Singh would not repeat such mistake instead of regretting later.

Singh, who is the minister of state for micro, small and medium enterprises while sitting with a group of his supporters in Hajipur in Bihar, had jocularly asked whether Sonia’s “white skin” had been her ticket to securing the top job in the Congress Party. Escalating the controversy further, he further queried, “If Rajiv (Gandhi) had married a Nigerian, things would have been different.” Watch the video below: