Rajesh Khanna was part of several romantic duets in his movies. We share a video of 25 Rajesh Khanna hit songs. Happy listening! 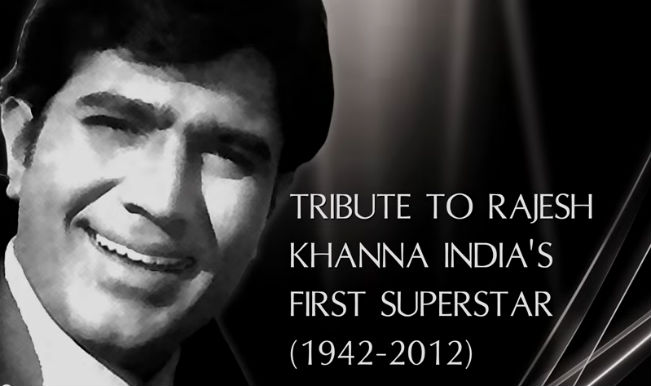 Born on December 29, 1942, Rajesh Khanna was a versatile actor and an active politician. Known as the original superstar of Bollywood, Khanna appeared in 180 films, 163 feature films and 17 short films. He starred in 15 solo hit films and is termed as one of the greatest influential actors of Indian cinema. Also Read - Rhea Chakraborty Claims in Her Bail Plea 'Sushant Singh Rajput Took Advantage of Those Closest to Him To Sustain Drug Habit'

Rajesh Khanna was honoured with three Filmfare Best Actor awards and was nominated for the same category 14 times! He made his debut in 1966 with Aakhri Khat and soon gained a lot of popularity with his best performances in movies like Raaz, Baharon Ke Sapne, Ittefaq and Aradhana. He has a long list of golden and silver jubilee hits and was one of the highest paid actors during the 197os era. Also Read - Monsoon Session Updates: Congress Leader Ghulam Nabi Azad Meets President Kovind to Discuss Farm Bills

It was said that when he married Dimple Kapadia, several women got married to his photograph and tried to attempt suicide!

Apart from his acting career, Rajesh Khanna was a Indian National Congress (INC) politician. He was a Lok Sabha member from New Delhi from 1992-1996.

We at India.com, pay our heartfelt tribute to the megastar of Bollywood on his birthday. Rajesh Khanna was part of several romantic duets in his movies, and usually Kishore Kumar did his playback. We share a video of 25 Rajesh Khanna hit songs. Happy listening!