Happy Raksha Bandhan 2017: The month of August 2017 is full of festivals, events and special occasions. It started with Friendship Day on August 6 followed by Raksha Bandhan the next day.

What is makes Raksha Bandhan 2017 so very special? There are too many reasons such as it falls on the holy day of Shravan Purnima, the last Monday of auspicious Sawan Somvar Vrat. Then you also have a celestial event occurring in the form of Lunar Eclipse 2017 (Chandra Grahan). But the most important reason that makes the Rakhi 2017 falling on August 7 so very special is that it occurs just a day after the Friendship Day, which was celebrated on August 6, Sunday. Now, this phenomenon has led to a number of Raksha Bandhan Jokes, Memes, and funny Rakhi images along with Happy Raksha Bandhan 2017 messages flooding the social media and Whatsapp. But why is there such a response? Raksha Bandhan Wishes & Messages in Hindi: Best WhatsApp Images, SMS, Facebook Quotes and GIFS to Wish Happy Raksha Bandhan 2017. Also Read - After Failing to Fulfil Promise of Gifting a Bicycle to His Sister, Kanpur Man Jumps In Front of Moving Train

Both the days are significant in own ways. While Friendship Day was all about making new friends because friendship is the first step to romantic happily ever afters (for those who are in search of true love). On the contrary, Raksha Bandhan is the Hindu festival celebrated in the honour of pure relationship of sibling love i.e. brother and sister relation. On both the days, a band and a thread play a major role. On Friendship Day, girls and boys tie each other colourful Friendship bands, representative of the two being friends. Raksha Bandhan Quotes 2017 in English: Happy Raksha Bandhan Images for WhatsApp and Rakhi Pictures for Your Brother and Sister. Also Read - Raksha Bandhan 2020: This Hyderabad Shop Sells ‘Corona Rakhi’ Made Of Cow Dung, Becomes Huge Hit

Sunday is “ #FriendshipDay ”
Monday is “ #RakshaBandhan “

2. This Man Fears None on Raksha Bandhan

3. Full Points For The Sass 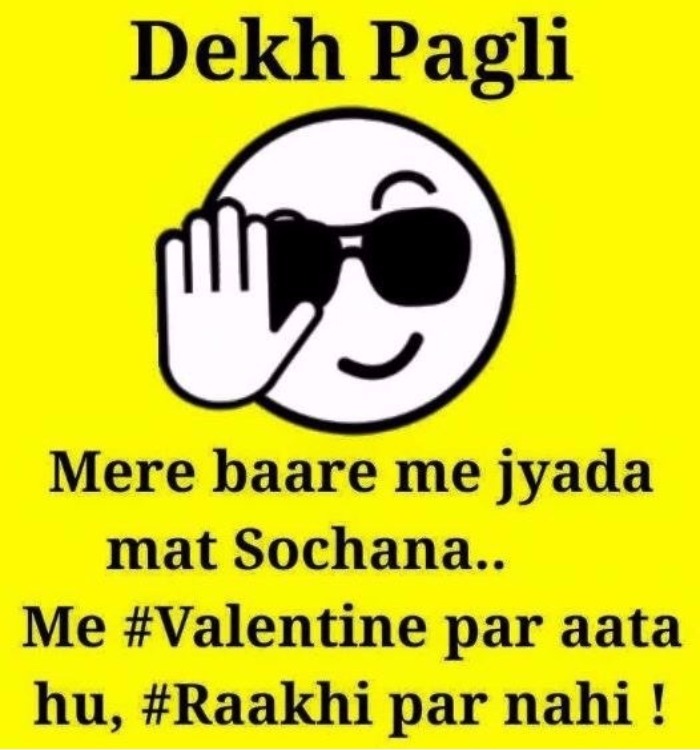 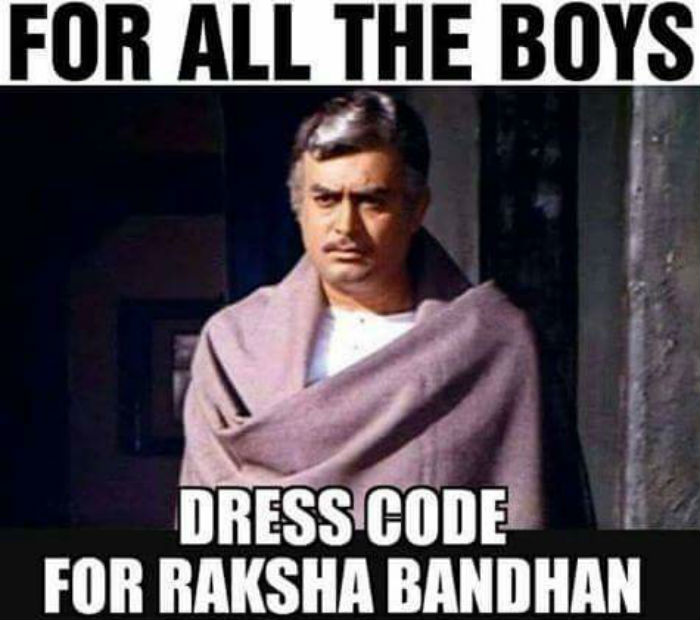 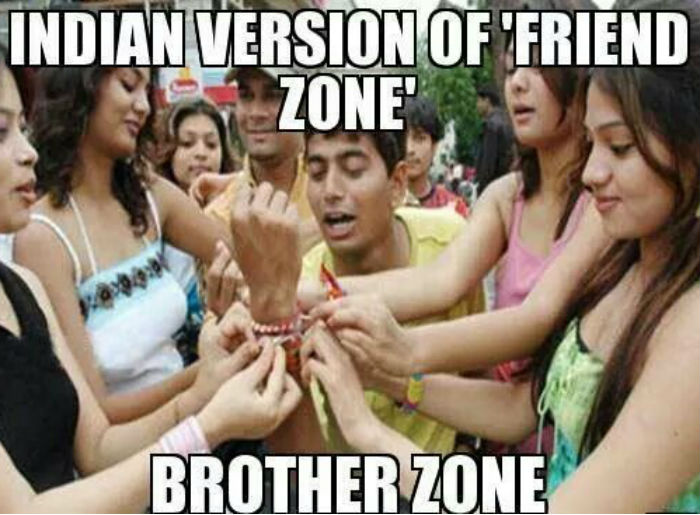 The month of August 2017 is full of festivals, events and special occasions. It started with Friendship Day on August 6 followed by Raksha Bandhan the next day. It is great to see the joyous atmosphere around us, be it the dazzling markets in real life or the buzzing social media, every place is lit. After the grand Friendship Day celebrations with your siblings from another mother, it is time to celebrate the day of real-life sibling love on Raksha Bandhan. For the brothers and sister, we wish a very Happy Raksha Bandhan 2017. While the guys who want to avoid being tied a rakhi by the girl they are in love, try staying home and enjoy the above jokes and memes on Raksha Bandhan. (Edited By: Rashmi Mishra).