Bollywood has often showcased sibling love in its movies with Raksha Bandhan. Here are a few lesser known siblings of our Bollywood celebs who remain away from the limelight.

Raksha Bandhan is a very special festival for every Indian brother and sister. It is the festival which celebrates the bond between a brother and sister and falls on the full moon day or purnima in the shravan month of the Hindu calendar. Raksha Bandhan is a special festival as it brings your siblings closer and reminds us of the loving bond that we share with them. It is not only celebrated by siblings who share blood relations but also by men and women who are not biologically related. On Raksha Bandhan, the sister ties the rakhi (a sacred decorated thread) on the wrist of her brother with a prayer for his prosperity, long life and happiness. The thread symbolizes the sister’s love and trust. The brother in turn gives his sister a gift as a token of appreciation and gratitude and a promise to guard and protect her. Bollywood has often showcased sibling love in its movies with this festival. However, we seldom know the lesser known siblings of our Bollywood celebs who remain away from the limelight. Also Read - Yogi Adityanath to Meet Bollywood Filmmakers Today After Meeting Akshay Kumar to Discuss The New Film City in UP

Raksha Bandhan holds a special position in the mindset of the people in the Indian subcontinent and is celebrated with much pomp and fervor. The markets are flooded with colourful rakhis and gift ideas. Our Hindi movies have enough instances of showing raksha bandhan and the emotions associated with it. We have had movies where the love interest played second fiddle to the hero’s sister, for e.g Dev Anand and Zeenat Aman’s Hare Rama Hare Krishna, Karisma Kapoor and Hrithik Roshan starrer Fiza. There are quite a few brother-sister combination who are active in Bollywood but there are some siblings who like to keep away from glitz and glamour. Raksha Bandhan 2017 Date in India with Chandra Grahan Timings: Shubh Muhurat to Tie Rakhi with Puja Vidhi During Lunar Eclipse on Shravan Purnima Also Read - Akshay Kumar Meets Yogi Adityanath, Discusses Possibilities For Film Shooting in Uttar Pradesh

So here we have made a list of a few lesser known celebrity siblings whom you might not know: Also Read - Shah Rukh Khan Buys Team in USA Cricket League, Names it LA Knight Riders 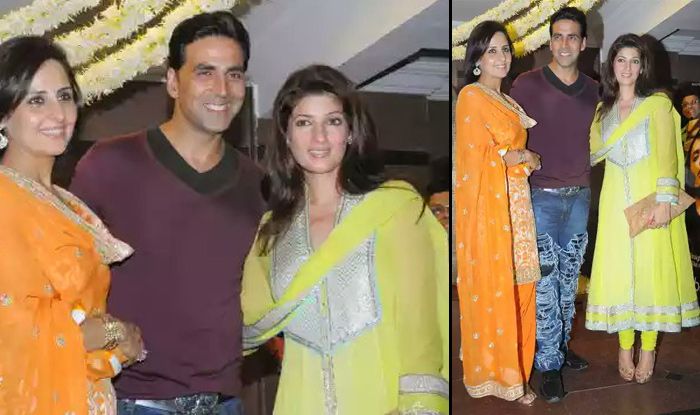 Akshay Kumar’s sister Alka Bhatia likes to stay away from the showbiz but is one gorgeous lady. She recently was in the news for her marriage to construction honcho Surendra Hiranandani. It was the second marriage for both the bride and groom. 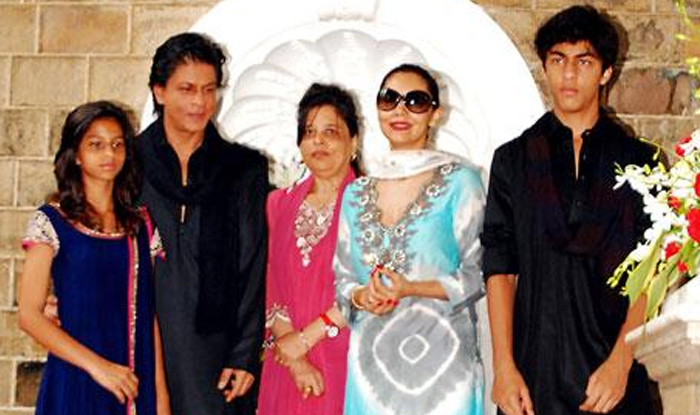 Shah Rukh Khan has an elder sister named Shehnaz Lalarukh Khan who is five years older to the actor. She usually stays away from the limelight that is shared by Shah Rukh Khan’s wife Gauri and children Aryan, Suhana and AbRam. She fell into a depressed state after their parents’ death and Shah Rukh Khan has been caring and supporting her since then. She stays at Mumbai with SRK and his family. Here is a sweet tweet that Shah Rukh Khan shared about his sister.

Sisters r so sweet.I asked mine if she remembers if I looked like lil AbRam.She said “NOO!!U were very handsome” haha pic.twitter.com/tnlbVnFrvD

Parineeti Chopra has two younger brothers Sahaj Chopra and Shivang Chopra. She often shares pictures, photos and updates about her brothers, even though they are no way associated to the glam world of Bollywood.

Priyanka Chopra our very own export to Hollywood has a younger brother who is the hotel business. She often shares his pictures and their childhood photos. However, he is not that vocal on the social media as compared to his elder sister. Also read Priyanka Chopra’s Birthday Vacation With Family Will Make You Take A Holiday too (See Pics)

Me n my brother @iamsidchopra as kids.. Good times #flashbackfridaypic.twitter.com/Ky78k0lvgQ

Sunny Leone’s younger brother Sundeep Vohra is the Executive Chef at Kings Row Gastropub. He is the lesser known sibling of the popular and widely searched actress. He recently got married and Sunny Leone was all out posting pictures and videos of the wedding on her social media site. Apparently, Sunny Leone whose real name is Karenjit Kaur Vohra took her screen name Sunny because of her brother whose nickname in real-life is Sunny. Also Read Sunny Leone Adopts Daughter Nisha: Know More About Karenjit Kaur Vohra’s Family

Love these photos @DanielWeber99 @hitendra1480 @chefsundeep last prayer to God and my parents before the Gurudwara 🙂 pic.twitter.com/8VlIdiHiWP

I love you my sisters and I miss you guys a lot … You are everything that’s good in me.. Muaaaaahh ##HappyRakshaBandhan to everyone:)

These celebrities even though they might be very busy in their professional lives always manage to take time out to profess their love for their siblings. We are sure they would take time out to be with their brothers and sisters to celebrate the joyous festival of Raksha Bandhan.