Reema Lagoo dies at 59: Salman Khan’s favourite on-screen mother will be remembered forever for these 5 roles!

Veteran Hindi and Marathi actress Reema Lagoo, famous for playing the roles of mothers in Bollywood passed away on 18th May 2017. The supremely talented artist was 59 years of age at the time of her death. Reema Lagoo died of suffering from severe cardiac arrest at the Kokilaben Dhirubhai Ambani hospital in Andheri. She complained of chest pain on Wednesday and was rushed to the hospital where she breathed her last. Reema Lagoo had a notable filmography and fans cannot stop remembering her as Salman Khan’s kind mother in Hum Saath – Saath Hain, Maine Pyar Kiya and Judwaa. Presently, Reema Lagoo was last seen doing Star Plus’ daily soap Naamkarann. Reema Lagoo Funeral Pics & Video: Bollywood mourns the death of veteran actress, attend the last rites to pay homage!Also Read - Vicky-Katrina's Super-Hyped & Secret Wedding Triggers Hilarious Memes on Twitter | 14 Best Ones

The senior actress died of cardiac arrest at 3.30 am in Mumbai. The popular Indian actress has been looked up to as the perfect Bollywood Mom and has entertained us in various films and TV shows and was a veteran of the Marathi theatre. Reema Lagoo‘s sudden death has left the entire entertainment industry at a standstill. Born Nayan Bhadbhade in 1958, Reema got her gift for acting from her mother who was also a well-known Marathi actress. Also Read - Salman Khan's Bodyguard Shera's Team to Guard Vicky Kaushal-Katrina Kaif's Wedding Venue While Bhai Stays at Home? 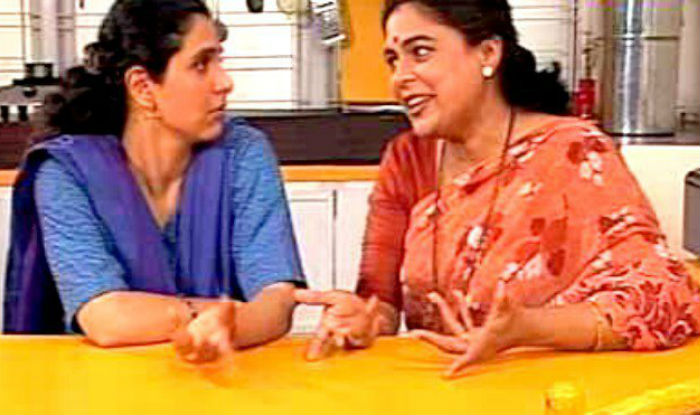 Much before Ratna Pathak Shah’s sarcastic saas avatar Maya Sarabhai came on the screen, we had Reema Lagoo as Devaki Verma in classic comedy Tu Tu Main Main. The show which aired during 1996 on DD Metro and later STAR Plus, saw a cute love-hate relationship between a mother and daughter-in-law. Seeing Reema Lagoo with her on-screen bahu Supriya Pilgaonkar is one of the favourite moments from India television industry. Reema Lagoo passes away at 59: Celebrities and fans remember the veteran Hindi and Marathi actress. 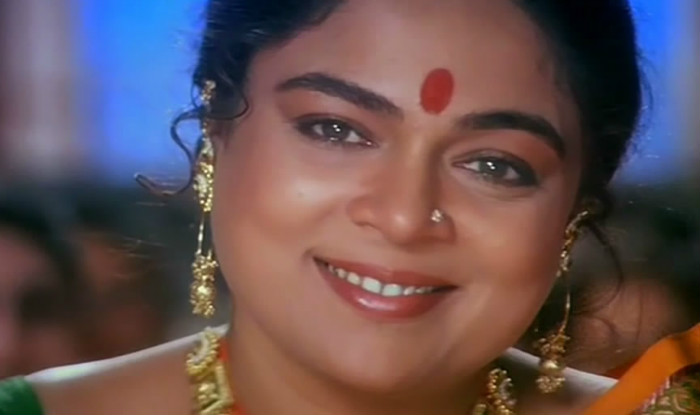 One of the most iconic movies of Indian cinema, Hum Aapke Hain Koun..! had Reema Lagoo in role of Madhuri Dixit and Renuka Shahane’s mother. She was everything an Indian mom is all about – kind, caring, traditional, and homely and with lots and lots of love in her heart for the family in this Sooraj R. Barjatya’s directed film. The song Aaj Hamaare Dil Mein from this 1994 classic reflects typical Indian family traditions and culture. 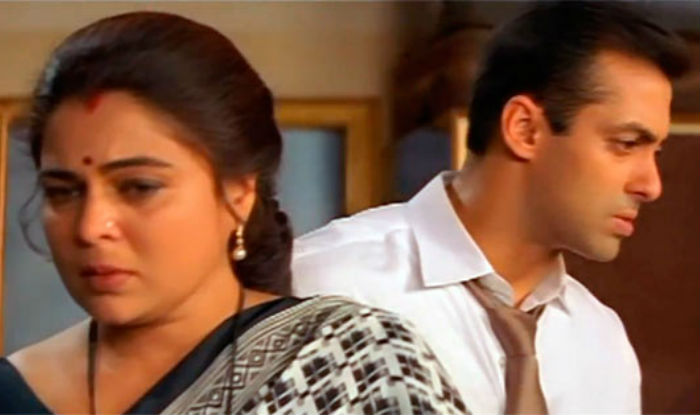 Salman Khan was her favourite son of Reema Lagoo in their movie, yet another Sooraj R. Barjatya family drama, Hum Saath-Saath Hain. In the role of Mamta, she was a loving mom of her four children but how she gets manipulated by her gold-digging friends breaks her family apart. Reema Lagoo was incredible in the film where she depicts several shades of motherly love – more love and attention towards biological son over step child. Reema Lagoo dies at 59: Quick facts about veteran actress who played onscreen mother to Salman Khan and Shah Rukh Khan.

4. Reema Lagoo as Sanjay Dutt’s mother in Vaastav: The Reality 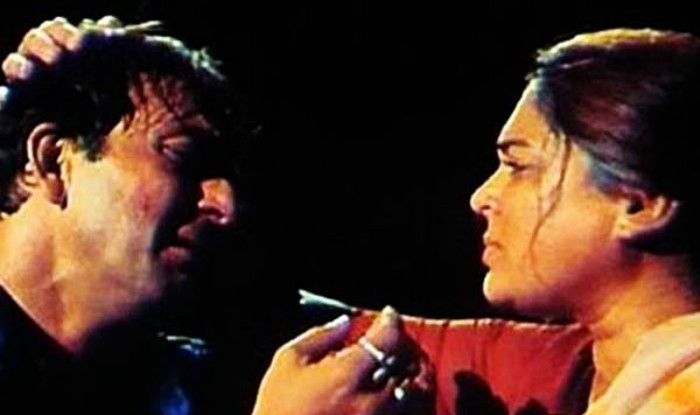 Shattering the image of loving and caring Indian mother depicted in cinema, Reema Lagoo showed the world how to be a baller mom in order to bring her criminal child on right path – even if it means shooting him bloody dead. In the critically acclaimed movie, Vaastav: The Reality, she played the role of Shanta, mother of Sanjay Dutt. The crime drama shows the rise and fall of Raghu from a regular guy to become a local don and finally set free from the world of crime by his mother, who shoots him dead. 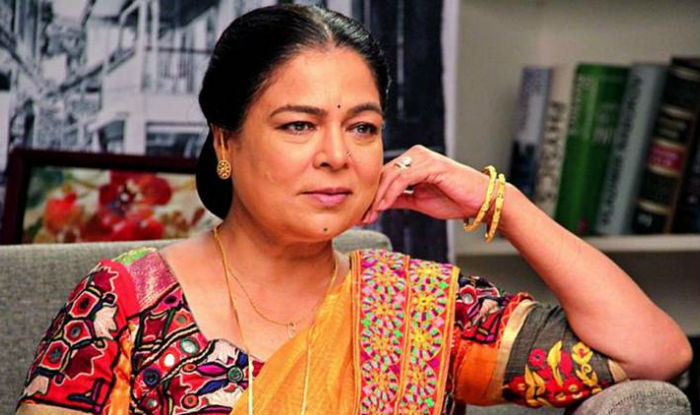 Reema Lagoo was currently seen in Star Plus’ serial Naamkarann. The daily soap which was inspired by the Mahesh Bhatt directed 1998 movie Zakhm saw Reema Lagoo in an influential role of the antagonist, Dayavanti Mehta. She played the role of Avni ‘s(protagonist) grandmother who never accepted the love of his son and hence resented his wife and child. Reema Lagoo’s acting and a strong presence on the screen made the show stand out from the rest of typical daily soaps. With the veteran actress passing away, Naamkarann team would feel the loss most. There was or never will be another Reema Lagoo, she left her fans way too soon. You’ll always remain our most favourite mom on the silver and small screens.