As dejected netizens broke the Internet on Thursday, demanding #JusticeForChutki after news of Chhota Bheem marrying Indumati surfaced, the makers have confirmed otherwise

We can’t believe we are drawing your attention to this but truth be told for the sake of those who were seeking #JusticeForChutki, Chhota Bheem isn’t ditching his childhood friend Chutki to marry princess Indumati. Remember India’s famous cartoon character Chhota Bheem who was the hero of his village and his friend Chutki who was the village belle? The Internet was evidently angry after the news of Chhota Bheem marrying Indumati surfaced but Twitterati can now breathe a sigh of relief.Also Read - BTS Dominates Twitter, Becomes Most Mentioned K-pop Artists in the World | Full List Here

Just when the netizens were match-making Chutki with Nobita, creators of the Chhota Bheem cartoon, Green Gold Animations, confirmed the trending news to be fake and put all speculations and rumours to rest with their post on Chhota Bheem’s official Facebook page. It read, “On behalf of Green Gold Animation, the makers of Chhota Bheem, we would like to thank all our fans and supporters who have shown lots of love to their favorite characters in Chhota Bheem. We would like everyone to know that all the characters in the show including Chhota Bheem, Chutki and Indumati are all still kids. The viral news stating the characters got married is false and we request everyone to refrain from commenting on it. Let our favorite kids be children only and let us not bring love and marriage into their innocent lives.” Also Read - "Where Are You Shehnaaz Gill": Shehnaaz Gill's Fans Are Missing Her on Twitter| Watch Video to Know Where She Is 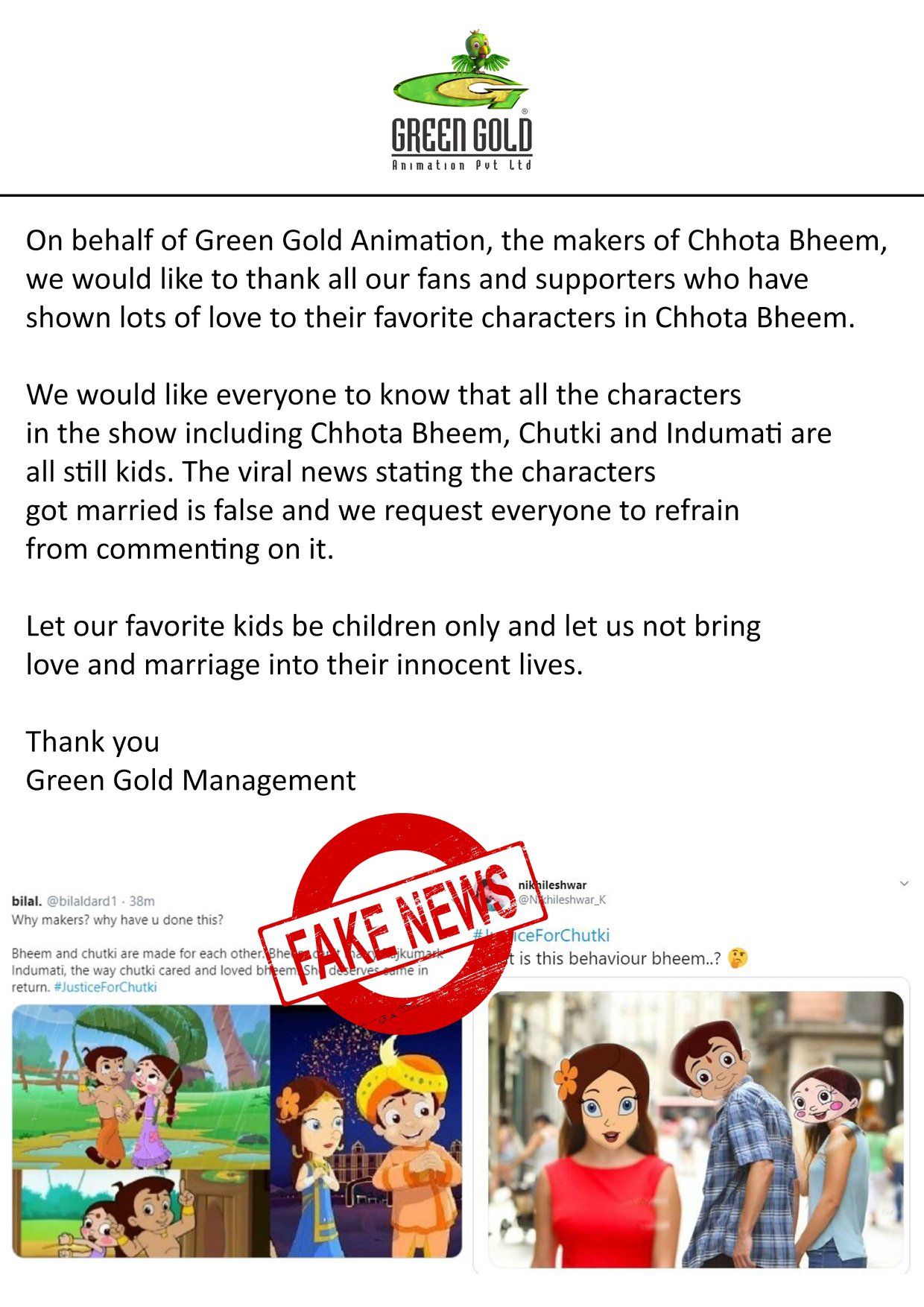 With the number of engagements in this new turn of affairs, its is interesting to note that cartoons have certainly defied age groups this COVID-19 quarantine.

On that note, we leave the true fans with the celebrations!