Religious Guru Says Women Who Cook During Menstruation Will Be Reborn As ‘Bitch’, Trolled Massively

More so, if the husband eats food made by a woman on her periods he will be reborn as balad ('ox').

Ahmedabad: Days after a Gujarat college humiliated women students by stripping them to check if they were menstruating, another appalling statement from the sect that runs the college, has surfaced. Swami Krushnaswarup Dasji of Swaminarayan Bhuj Mandir said that if a menstruating woman cooks food for her husband then she will be reborn as ‘kutri (bitch)’. Also Read - Police Team Reaches College in Bhuj After Uproar Over Menstruation Check on Hostel Girls

More so, if the husband eats food made by a woman on her periods he will be reborn as balad (‘ox’). Also Read - 68 Girls Forced to 'Strip' in Bhuj College to Prove They Were Not Menstruating

Krushnaswarup Dasji reportedly quoted Shastras (Hindu texts) to substantiate his statement and said, “Now that I have said this, everyone will feel that I am strict. And they (women) will cry that we will turn into dogs. So, yes, you will have to (become dogs).” He further urged his male followers to learn how to cook in order to avoid eating food cooked by their menstruating wives.

Notably, the statements are from a video clip from a year ago but these comments have re-emerged because this ‘Swami’ belongs to the same sect that owns the Shri Sahjanand Girls’ Institute (SSGI) in Bhuj.

Despite awareness campaigns, menstruation still remains a taboo in India and period-shaming statements from influential gurus like him only fuels the stigma more. Needless to say, Swamiji’s misogynistic and non-nonsensical statements have gone viral, evoking both laughter and disgust. Here is how people reacted: 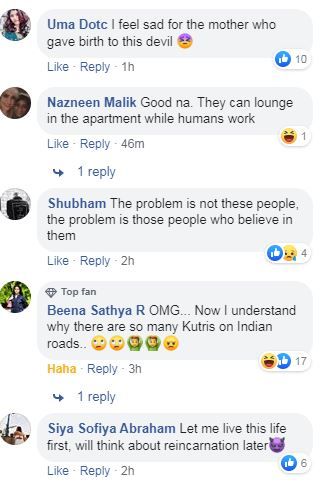 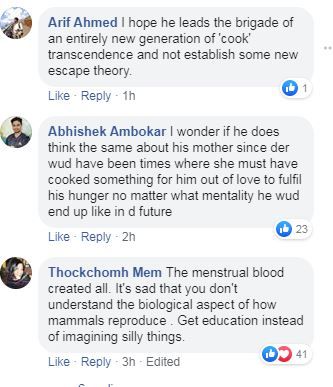 A few days back, nearly 68 undergraduate students at Shri Sahjanand Girls’ Institute were taken out of their classrooms, paraded to the hostel washroom and forced to remove their underwears one by one to prove that they were not menstruating.

As the allegation came to light and caused an uproar, a police team reached the educational institute to begin a probe.

Reinstating taboos, the college still adheres to norms requiring menstruating women to avoid physical contact with other students, and stay out of the kitchen and a nearby temple. It’s 2020, for God’s sake!