Remembering singer Selena Quintanilla: 13 facts about the Queen of Tex-Mex

Fans all over the world fondly remember the late singer on her birth anniversary on April 16. 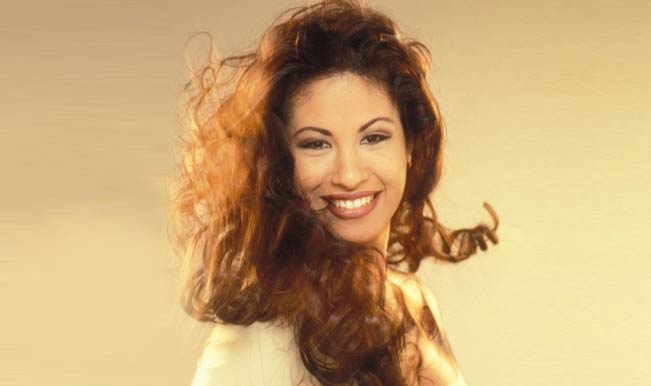 Singer Selena Quintanilla-Pérez was born on April 16, 1971. And it’s been 19 years since her death – she died a tragic death after being shot by the president of her fan club on March 31, 1995. She was only on 23. The pop star had sold over 60 million albums worldwide. April 12 has been named ‘Selena Day’ in honour of her by former US President George W Bush. Selena’s musical legacy is still fondly remembered by her fans today. Also Read - Shehnaaz Gill Flaunts Hot Dance Moves on Selena Gomez's 'Look At Her Now', Video Breaks Internet

1. Selena’s parents were convinced that their child would be a boy; they had even picked out the name ‘Mark Antony’ beforehand.

2. When Selena was nine, she loved rehearsing with the band Los Dinos.

3. There is a postage stamp issued on her name as well as a Selena Museum in Corpus Christi in Texas.

4. Selena once turned down a movie project with a leading role, since she had to do a few steamy scenes. Her provocative way of dressing was her limit of being sexy.

5. She was also part of many community works and gave educational talks at local schools.

6. She was obsessed with collecting hats, caps and shoes. She had around 200 pairs of shoes.

7. Selena dressed provocatively and was called ‘The Mexican Madonna’. Despite being known as ‘The Queen of Tejano Music’ she was not a native Spanish speaker.

8. She never took any drastic dieting technique to look perfect. She had said, “I don’t do any crazy diets. I take vitamins and eat three times a day. I eat anything, and I’m not preoccupied with my figure. The most important is that the people accept me for my music, not for physical appearances. And if I get fat, let’s see what happens. And honestly, I won’t lie, sometimes I watch myself, because Hispanic women sometimes put on weight around the hips. I also don’t exercise. I can’t imagine exercising for two hours. Not my style.”

9. She was always fashionably inclined and even as a child dreamt of designing her clothes and jewellery. Later she opened her own boutique and designed every outfit that she wore onstage.

10. She had a huge fear about how no one would attend her performances. And in spite of the crowded event, she would go back to her father and ask him after every performance “How did I do?”

11. The Selena Mania was so strong after she passed away that many newborns in Texas were names ‘Selena’. Even pop singer Selena Gomez is named after her.

12. Her near and dear ones have made every attempt to keep her memory alive. Her father runs Q-Productions, a management company and recording studio. Her brother is a music producer and Selena’s husband Chris Perez is into songwriting.

13. Jennifer Lopez played Selena in a movie based on her life, called Selena (1997).