The birth of the Indian Republic was heralded by former President Rajendra Prasad by a salute of 21 guns and the unfurling of the Indian National Flag.

India became independent on August 15, 1947, from the British, following which the Constitution came into being. The Constitution was adopted on November 26, 1949, and came into effect on January 26, 1950. January 26 was chosen as the Republic day as it was on this day in 1930 when the Indian National Congress proclaimed Declaration of Indian Independence (Purna Swaraj) as opposed to the Dominion offered by the Britishers. The birth of Republic Day was celebrated at Irwin Amphitheatre (now Major Dhyan Chand National Stadium) in Delhi with much pomp and fervor.

Ceremonial parades displaying diversity and cultural heritage take place at Rajpath on the day. Most states display their rich culture, famous heritage and landmark through tableaus in parades. The Army, Navy and Air Force also take part in the parade with their bands in different official decorations. ALSO READ-Republic Day 2017: A glimpse into the unmatched beauty of Rashtrapati Bhavan, the official residence of the President of India

The Indonesian President Sukano was the first chief guest at the Republic Day parade. The birth of the Indian Republic was heralded by former President Rajendra Prasad by a salute of 21 guns and the unfurling of the Indian National Flag. Instead of the ceremony at Rajpath, celebrations were held at the Irwin Amphitheatre. Following which January 26 was celebrated as the Republic Day of India and was considered as a national holiday. Then Prime Minister of India, Jawaharlal Nehru addressed the nation on the radio. On the First Republic Day, the Royal force became the first Air force of India.

Here are some rarely seen pictures of the first Republic Day celebrations of India: 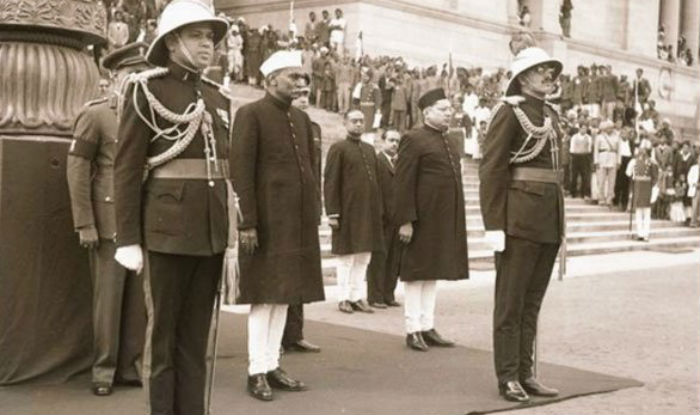 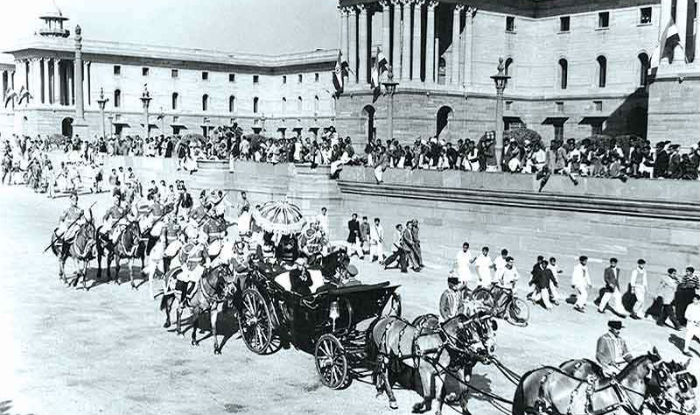 3.  Dr Rajendra Prasad salutes the cavalry that would escort him to Irwin Amphitheatre. 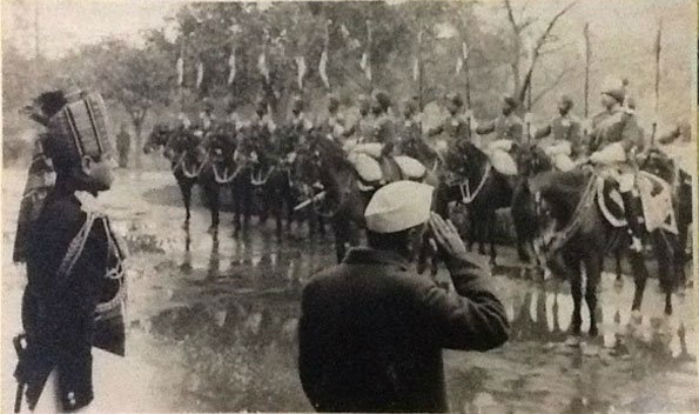 4. The President saluted and hoisted the flag at the Irwin Stadium 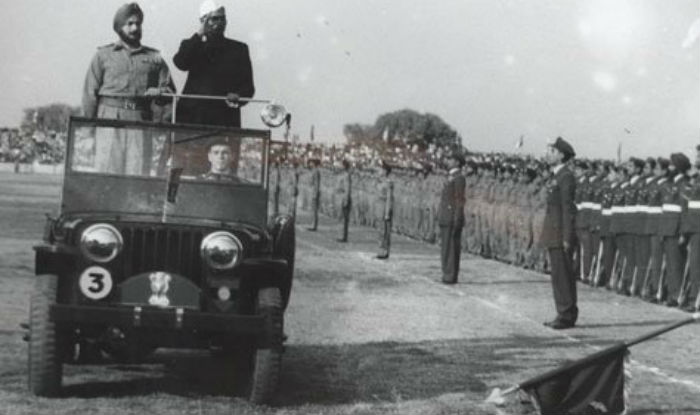 5. Indonesian President as the first chief guest at the Republic Day parade 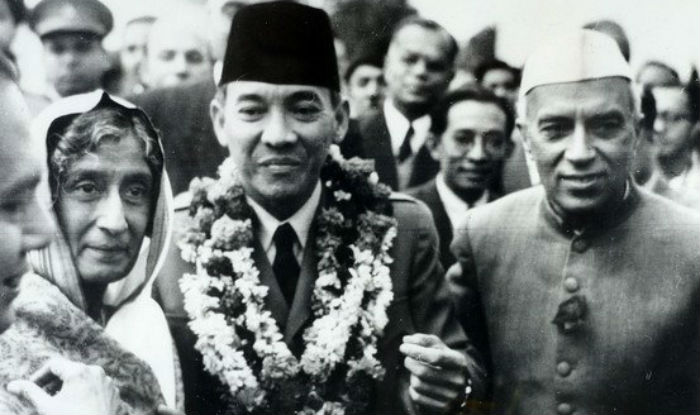 6. Dr Rajendra Prasad in a carriage on the way to Irwin Stadium for first-ever Republic Day celebrations 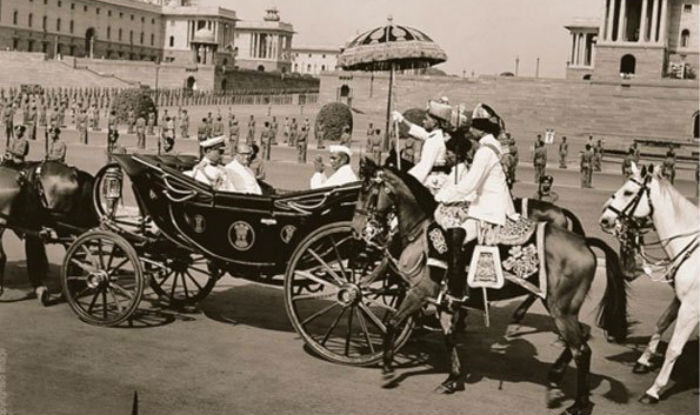 7. Military contingents marching at Irwin Amphitheatre in the background of Purana Qila 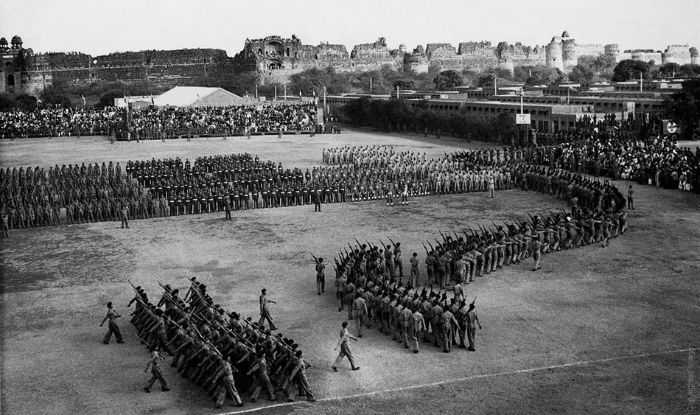 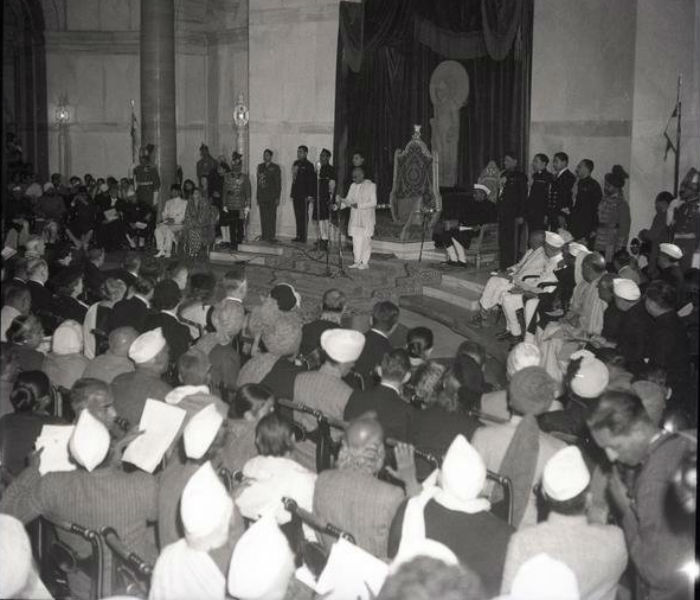 9. Dr Rajendra Prasad on his way back to Rashtrapati Bhavan after the parade. 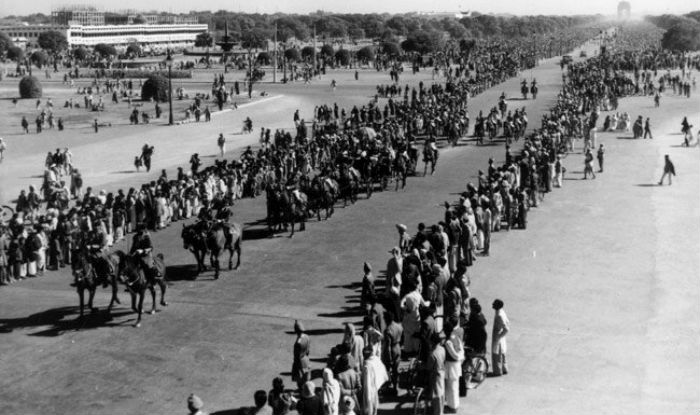 10. People waiting to catch a glimpse of the parade Connaught Place. 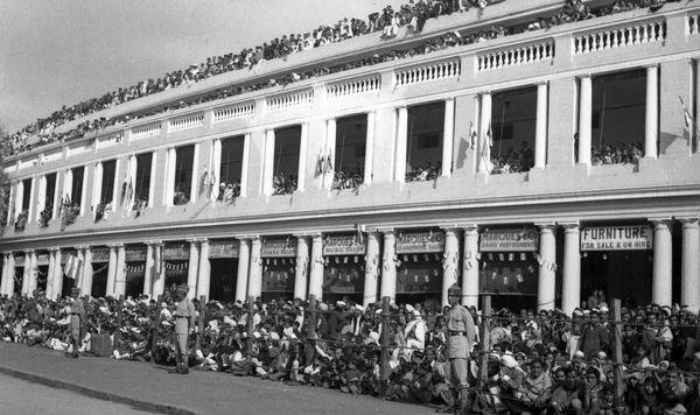 With the Constitution gave the citizens of India the power to choose their own government and paved the way for democracy. Dr Rajendra Prasad took oath as the first President of India at the Durbar Hall in Government House and this was followed by the Presidential drive along a five-mile route to the Irwin Stadium, where he unfurled the National Flag.