It has argued that automatic promotions have badly impacted the performance of children. 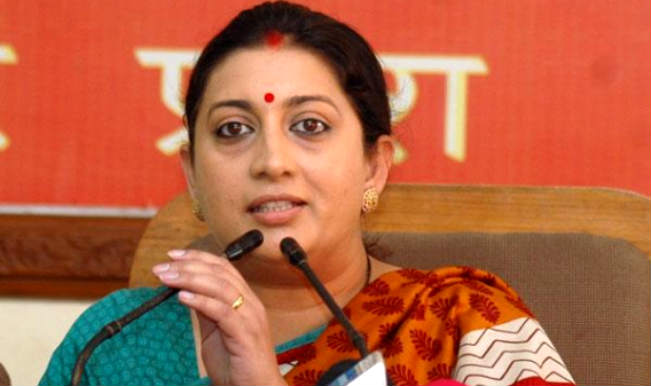 New Delhi, Nov 30 : An education panel constituted by CABE, the highest decision-making body on education in the country, has recommended the government to review the no-detention policy till class VIII under the RTE Act which has come under a lot of criticism. This in effect could mean that the scheme of automatic promotion in primary school could come to an end from the coming academic session, amid reports suggesting that 60 per cent of students in Class 3 were not able to read the books prescribed for Class 1. Also Read - Hathras Case: 'Only Politics, Not For Justice', Smriti Irani on Rahul's Visit to Victim's Village

Recently, during an interaction, students had complained to HRD Minister Smriti Irani that automatic class promotions had fostered a “laid back attitude” and also demanded bringing back class X board examinations. The Central Advisory Board of Education (CABE) is expected to take a final call on this when it meets shortly after Winter Session of the Parliament comes to an end in December. Some states including Karnataka have already announced to go ahead with class examinations from the coming academic session. Also Read - India Attaches Highest Priority to Ensuring Gender Parity in All Spheres of Life: Smriti Irani at UNGA

The sub-committee, headed by Haryana Education Minister Geeta Bukkal, was set up by CABE to examine the no-detention policy in wake of growing clamour for reintroduction of class examinations from several quarters including parents and teachers. “It has recommended review of the system,” officials in the HRD Ministry said, adding that the MoS in the Ministry Upendra Kushwaha has also informed Lok Sabha about the sub-committee’s recommendation. The panel had submitted its report to Irani a few months back.

The no-detention policy in classes was implemented as part of the Continuous and Comprehensive Evaluation (CCE) under Right to Education (RTE) Act to ensure holistic development of students. Over 20 states representations evaluated by the sub-committee had opposed the system, with the overall view being that the provisions have failed to achieve its purpose and is hampering the quality of children reaching class X, they said.

The sub-committee also took into account the recommendations of the Parliamentary Standing Committee of HRD Ministry to reintroduction of class promotions. It has argued that automatic promotions have badly impacted the performance of children.