Ronaldinho sought the blessings of Ganpati Bappa and visited the temple ahead of the second season of Premier Futsal.

The second season of Indian Premier Futsal League has begun and brought various international footballers to India. The multi-national Futsal league player, Ronaldinho recently visited the Siddhivinayak temple in Mumbai to seek blessings for his performance in Premier Futsal League 2017. Brazilian football legend Ronaldinho was clicked at Siddhivinayak temple where he donned a pair of shorts and a black tea with a beanie. Pictures and videos of the ace footballer have already taken the internet by a storm. Ronaldinho Sizzles in Delhi Dragons 4-3 WinAlso Read - La Liga: Lionel Messi Texted me to Wish the Best of Luck, Xavi on Argentine Superstar as he is Presented as Barcelona Manager

Ronaldinho sought the blessings of Ganpati Bappa and visited the temple ahead of the second season of Premier Futsal. The already crowded temple in Mumbai saw many fans of the legend rushing in to get a glimpse of Ronaldinho. However, the Delhi Dragons players of Premier Futsal League managed to enter the temple and seek Bappa’s blessings. Pictures of Ronaldinho with a yellow-orange patka and tikka showed the footballer embracing the Hindu traditions and impressed many fans. Also Read - Lionel Messi Must Stay at Barcelona: Ronaldinho Wants Blaugrana to Retire No.10 Jersey After Argentine's Retirement

Post this visit, Ronaldinho lead his team, Delhi Dragons and took the opening contest of the Indian Premier Futsal League 2017. Delhi Dragons won the match with a lead of 4-3 and Ronaldinho scored all four of the goals, taking Delhi a notch ahead of the Mumbai team. here are all the pictures and videos of Ronaldinho’s visit to Siddhivinayak temple. Also Read - Brazil And Barcelona Legend Ronaldinho Released From Prison After Five Months

Ronaldinho was clicked with the Siddhivinayak Bappa 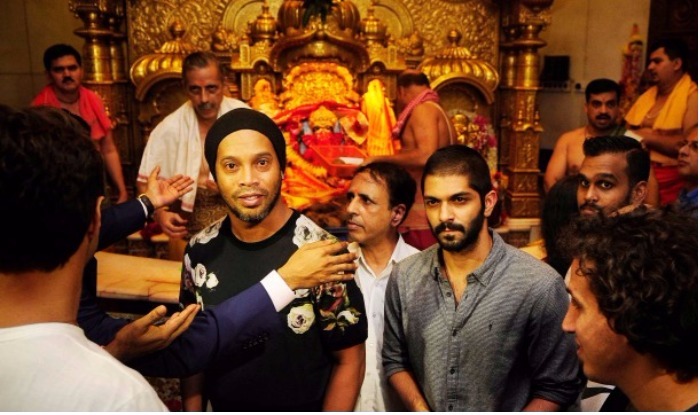 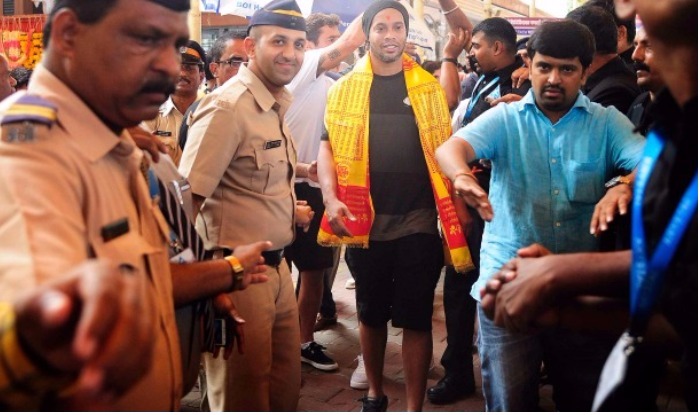 The 2016 Premier Futsal was bagged by the Mumbai Warriors and Ronaldhino’s victory against the defending champions is bound to be a monumental step at the beginning of the Premier Futsal league 2017. Ronaldinho’s Delhi dragons will next be facing the Chennai Singhams on Sunday, September 17, 2017.