Salman Khan Kisses Young Fan And Turns Fans to Mush, Twitter Ask to Have a Baby

In a viral video, Salman Khan was seen showering love on a little girl who is Sallu’s fan. Watch.

Bollywood’s biggest star Salman Khan is not only famous for his acting skills but also for his kindness. At 54, he is still one of the most eligible bachelors in Bollywood. Earlier, Salman had said that he would want to have kids but he doesn’t want them to come along with a mother. Also Read - Iulia Vantur on Singing Radhe Song ‘Seeti Maar’: I Thought It was a Test Practice

Salman Khan, who is currently busy shooting for his upcoming film ‘Radhe: Your Most Wanted Bhai’, was seen showering love on a little girl who is Sallu’s fan. In a recent video shared online, the Bharat actor can be seen kneeling on the ground to interact with a young fan. He kisses on the cheek and wraps his arms around her as she smiles amiably, making fans go aww. The video ends with Salman placing his hand on the young one’s head and giving her a hug before standing up. Also Read - Salman Khan Helps Student From Karnataka Who Lost His Father To Covid-19

The video is doing rounds on the internet and fans have started reacting to the video. One of the users wrote, ” He should have a baby of his own soon! Will be the best and most goodlooking father 😭😍😍😍”. Another one wrote, “
This guy bound me to fall in love with him again and again, every day every moment ❤️❤️❤️” Also Read - Radhe Title Track Out: Salman Khan's Swagger, Disha Patani's Killer Dance Moves Make It a Hit Song | WATCH

Take a look at the reactions: 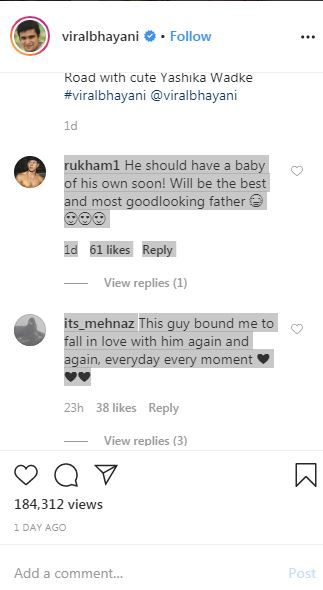 Radhe marks the third outing of Salman and Prabhu Deva since the choreographer-turned-director is helming this film post Wanted (2009) and Dabangg 3. The story of the film has been kept under the wraps but Salman had revealed at an event earlier that it’s going to be the ‘baap of Wanted’, his previous film in which he played the character of a cop. Randeep Hooda will be playing the role of a villain in the film.

Actor Salman Khan‘s upcoming film Radhe: The Most Wanted Bhai is said to be set on a huge budget with its climax scene alone costing Rs 7.5 crore. At least that’s what the latest report in a daily suggests. As reported by Mid-Day, the climax scene of Radhe featuring Salman and Randeep Hooda has entirely been shot with chroma key technology and it has cost the makers a whopping Rs 7.5 crore. Director Prabhudeva had imagined a lavish combat sequence for the climax of the film and when he discussed it with the team, it was found out that his imagination was surely going to add a lot of moolah to the film’s budget. However, Salman, who’s also one of the producers of the film, didn’t shy away in shelling out money considering the potential of the climax scene.