Starring Nawazuddin Siddiqui and Tejaswini Kolhapure, Salt ‘N’ Pepper is a beautiful short film. The movie delivers a strong message for the youth of today’s generation who commit suicide fo 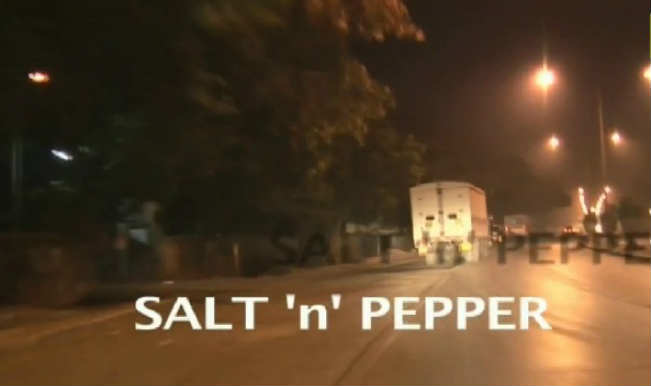 Starring Nawazuddin Siddiqui and Tejaswini Kolhapure, Salt ‘N’ Pepper is a beautiful short film. The movie delivers a strong message for the youth of today’s generation who commit suicide for being in a troubled relationship. If you are going through one, then this video might change your mind. Also Read - Aaliya Siddiqui Plays Holi With Nawazuddin Siddiqui's Brother Shamas After Accusing Him of Harassment

This short film conveys that there is more than just love in life. Tejaswini Kolhapure is a young girl who is struggling to cope up with her partner who doesn’t care for her. While she was alone at home making a suicide attempt, a burglar enters her house. Startled by the noise, she leaves the room only to find a poor hungry man (Nawazuddin Siddiqui ), who broke into her house in search of food. Tejaswini feels sorry for him and orders a pizza for him. When the pizza arrives, Tejaswini asks him the choice of seasoning. What happens next changes the whole plot of the film. Also Read - Nawazuddin Siddiqui's Brother Shamas Siddiqui on Actor Getting Back With Wife Aaliya Siddiqui, Says on Their Reconciliation

The award winning short film excellently emphasises the difference in perspectives of people belonging to different social classes. Nawazuddin Siddiqui has give brilliant performances in super hit Bollywood projects, such as Black Friday, New York , Peepli Live, Kahani, Gangs of Wasseypur and Talaash. Here is another dazzling performance of the rocking star.