In an old ad which has resurfaced, Sanjay Dutt goes on an aggressive and misogynistic rant about how men these days have become feminine, and exhorts them to become a 'real mard'.

New Delhi: Last night, during a mindless scrolling session on Instagram, I came across a video that made my blood boil. Not exaggerating here, you will also feel a certain amount of rage and will have hundreds of questions after watching it. Well, the video in question is an old Haywards 5000 ad from 2008, which has resurfaced and going viral on social media. (The internet never forgets and rightly so!). In the 2 minutes and 13 seconds ad, Bollywood actor Sanjay Dutt goes on an aggressive and misogynistic rant about how men these days have become feminine, and exhorts them to become a ‘real mard’.Also Read - Bikini, Not Ripped Denim! Tahira Kashyap's Photo Seen as The Perfect Answer to Tirath Rawat's Sexist Remark

Dubbing his ‘campaign’ as ‘Mardangiri’, the actor is seen bashing metro-sexual men who prefer to keep long hair, get facials or wear pink shirts and asks them to reclaim their masculinity (read: toxic) by not indulging in activities typically considered womanly.

The video begins with Sanju Baba hysterically saying, “There is a new kind of dushman in our lives and we have to unite to fight against it.” According to the ad makers, this new ‘enemy’ isn’t any criminal or terrorist, but a ‘sensitive’ man, who looks after babies, drinks ‘sissy beers’, or shave their legs and wax their chests. He goes on to describe how men these days wear clothes and use lotions like behenjis. All through the ad, the ‘macho’ actor says how these shameful ‘feminine’ activities are actually an evil plot to overthrow the real men of the society.

Interestingly Sanjay Dutt himself has been spotted with a shaven chest, long hair and floral shirts on several occasions and on screen. I wonder, where does this audacity and hypocrisy come from? In my opinion, the ‘real man’ that he talks about is nothing but a insecure, frustrated person who has nothing but his false sense of superiority that this patriarchal society has gifted him. 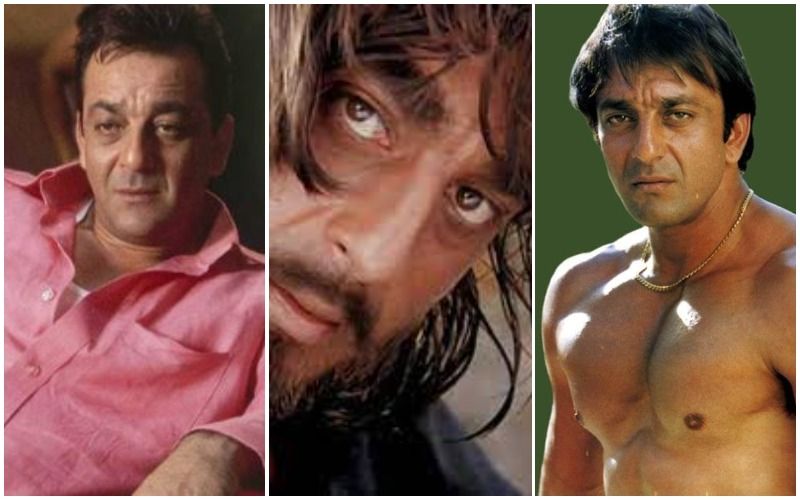 Well, to be fair, the actor was handed out the bizarre script to read and enact, but that in no way, excuses him for blurting out the regressive ideologies being masqueraded as the symbolism of manliness. The fact that he would just babble nonsensical notions–that obviously might have impacted a young person’s mind–for money, is just terribly sad.

As per reports, turns out that the director of the video, Jerrit G. John, had been arrested and convicted for throwing acid at his then-girlfriend. Is this the definition of a ‘real mard’? If yes, then we women, are more than happy with our ‘feminine’ partners who drink cocktails with us, look after the household, and stand together with us on an equal footing.

Given that this abhorrent ad has resurfaced several times on the internet and has been rightly bashed so, why haven’t the ad-makers and more importantly, Sanju Baba come out with a statement? It’s been 13 years. As a privileged, entitled Bollywood star, we expect more from you, Munna Bhai! Until then, the internet will not forget.

(The views expressed in this article are those of the author and do not necessarily reflect the official policy or position of India.com. The writer is solely responsible for any claims arising out of the contents of this article.)