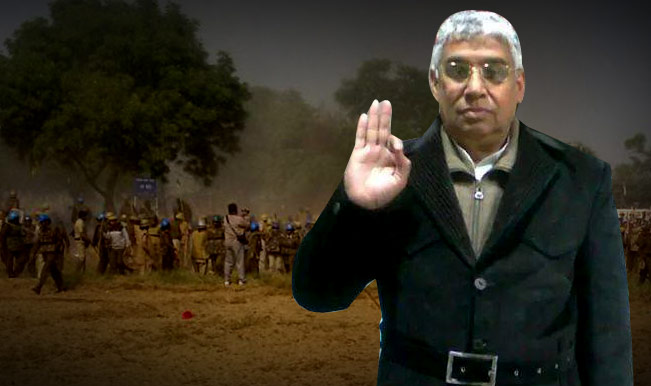 The Sant Rampal incident and his tactics of using his supporters and followers for violence against the police has lead to a big outrage in the nation. The ‘godman’ who ran an ashram is now in jailed, charged with murder and alleged sexual abuse. The goings-on in the Satlok Ashram have shocked people. Read – Sant Rampal arrested in Haryana: All you want to know about self-proclaimed Godman’s arrest from his ashram Also Read - SC Denies Bail to Asaram, Says Trial Needs to be Completed First

TV channel Aaj Tak got exclusive permission to go inside the Ashram where Sant Rampal had held people hostage. Currently, the institution is under a rescue process and there are several throngs of hostages still stuck in the ashram, including men and women. Also Read - Ujjain-based Godman Rapes Woman, Extorts Rs 3.5 Lakh For 'Ritual' to Cure Her Son's Cancer

The hostages feared that they might be attacked by the mob and police would take action against them if they stepped. Sant Rampal threatened them to stay inside the ashram. After all hostages are rescued the place would be inspected for further investigation. Read – Sant Rampal arrested: The story behind the ‘Godman’ and his followers

What goes on in the Satlok Ashram?

Sant Rampal’s ashram has a big hall where he used to deliver his sermons. The ashram has a kitchen where more than 30 to 40 people were kept hostage. Food was served from the kitchen to all the hostages. However, some blind followers of Rampal held hostage are denying the allegations and are saying they weren’t tortured, but that both women and men worked there willingly. Read – Sant Rampal: Godman or Fraudman? How can one have his own ‘army’ in the country?

Check out the exclusive video to see what happens at Sant Rampal’s ashram!